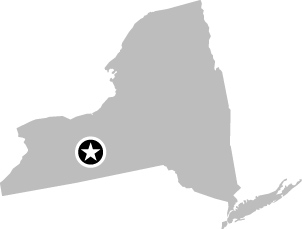 The Lesser-Known Aviator and Fastest Man on Earth

The Wright brothers are undoubtedly the best-known aviation pioneers, and others like Blériot, Lindbergh, Earhart, Mongolfier, and Yeager are household names. But none of their names appear on pilot license number 1 issued by the Aero Club of America in 1911 (Figure 112-1). That distinction goes to Glenn Curtiss, the fastest man in the world on a motorcycle in 1907 at 219 kph, and a little-known aviation pioneer who had a very large impact on how we fly today. 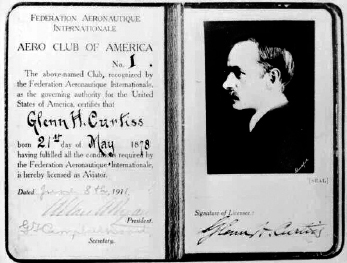 In 1907, Alexander Graham Bell asked Curtiss to join his Aerial Experiment Association and help him design and build aircraft (for more on Bell, see Chapter 4). Curtiss was invited because he was an expert in making lightweight internal combustion engines for his motorcycles and for dirigibles. Together, Bell and Curtiss built a number of aircraft culminating in the June Bug. On July 4, 1908, the June Bug flew over 1,500 meters to win the Scientific ...