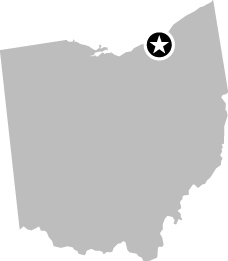 Think of NASA, and Cleveland, Ohio, probably isn’t the first place that comes to mind. NASA is most often associated with Cape Canaveral or Houston, Texas, and it’s true that the Glenn Research Center in Cleveland isn’t where rockets are fired into space or where astronauts talk to mission control. But the center is where much of the basic science and testing of space technology is done, and it’s open to the public.

There’s a visitor center that is particularly good for children and explains the work done at the research center. You’ll find a special exhibition that pays tribute to John Glenn (the first American to orbit the Earth) with both his Mercury spacesuit from 1962 and the orange space shuttle suit he wore when he returned to space at the age of 77.

The visitor center has the Apollo Command Module that visited the Skylab 3 mission in 1973, and some pieces of moon rock returned by Apollo astronauts. The training module that astronauts on the ill-fated STS-107 Space Shuttle Columbia ...