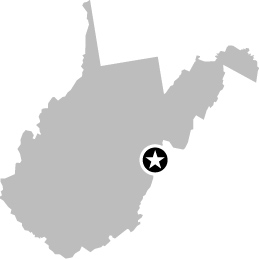 In 1937, an amateur astronomer and radio ham named Grote Reber hand-built his own radio telescope in his backyard in Wheaton, Illinois. The almost 10-meter parabolic dish was the only operating radio telescope in the world until after the end of the Second World War. Using the telescope, he drew radio maps of the sky and discovered that some apparently dark areas (with no stars) nevertheless were producing radio signals. Between 1937 and 1948, Reber and his home-built telescope revolutionized astronomy, and his telescope marked the birth of radio astronomy.

In 1948 Reber sold the telescope to the U.S. National Bureau of Standards, and it began a countrywide journey—first being moved from Illinois to Virginia, then to Colorado, and finally to the National Radio Astronomy Observatory (NRAO) in Green Bank, West Virginia, where it sits today. It is still in working order.

Reber didn’t have enough money to build a fully steerable telescope—it took half a year’s salary just to get the telescope built—and so his backyard dish could only rotate in one direction, relying on the ...