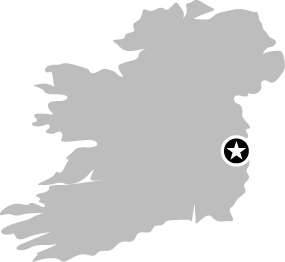 Mathematicians have a habit of thinking of things in the oddest of places: the Irish mathematician Sir William Rowan Hamilton came up with the theory of quaternions while out for a walk with his wife in 1843. Crossing the Broom Bridge in Dublin, Hamilton scratched the quaternion multiplication equation Equation 25-1) into the bridge’s stonework using a knife.

Equation 25-1. The equation of quaternion multiplication

Hamilton’s mathematical vandalism is no longer visible on the bridge, but the bridge itself is still standing and a plaque (see Figure 25-1) was erected by the Irish premier Eamon de Valera in honor of Hamilton. The bridge crosses the Royal Canal in a dubious area of Dublin; the best way to visit it is probably not to try to recreate Hamilton’s stroll, but instead to take a number 120 bus or a local Western Commuter line train to the Broombridge stop. 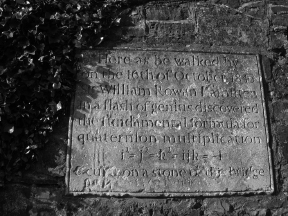 Once you have seen Broom Bridge, ...