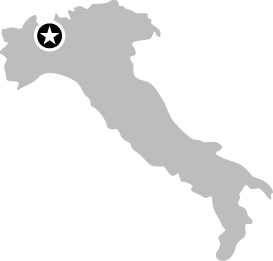 A Temple to Alessandro Volta

Alessandro Volta, the inventor of the modern battery and the man for whom the volt is named, was born in Como, Italy, and is honored in a temple and museum built on the shores of Lake Como.

The neoclassical Tempio Voltiano contains a collection of Volta’s papers, letters, drawings, and instruments, including his Voltaic Pile, the first battery. The building itself has marble columns and mosaic floors, and was built in 1927 to commemorate the 100th anniversary of Volta’s death. Unfortunately, much of Volta’s original equipment was destroyed by an electrical fire in 1899 at an exhibition of his work. The temple at Como contains the surviving original equipment and reproductions made in the early 20th century. Of the 200 instruments at the temple, less than half are originals, but the museum is nevertheless a grand testament to his life and work.

In addition to inventing the battery, Volta was an active physicist. He performed experiments on igniting gases using electrical sparks, discovered methane gas in 1778, and was made chair of the physics department of the University of Pavia.

On display at the museum are Voltaic Piles (towers of alternating metal disks), batteries made from ...