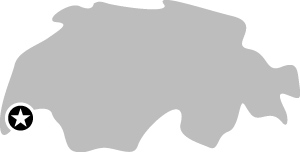 CERN, the European Organization for Nuclear Research, is the largest particle physics laboratory in the world and operates six particle accelerators plus the new Large Hadron Collider. Visiting CERN takes half a day—it is simply enormous, and most of it is underground. All visits are guided tours by people working at CERN, and the exact itinerary is determined by which parts of CERN are off-limits because of ongoing work.

Typical tours include the LINAC and LEIR accelerators; the COMPASS particle detector; the AD (anti-proton decelerator), which is used to make anti-matter; the CAST and AMS experiments used to find particles coming from the cosmos; parts of the Large Hadron Collider; and/or the computing resources of CERN.