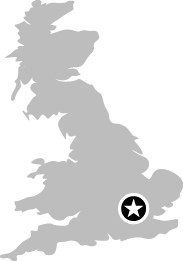 As Close As You’re Likely to Get

Most airlines don’t let customers take the controls of their jets. But British Airways will—or at least, they’ll let you fly in the same flight simulators they use to train their own pilots. At the British Airways Flight Training center, visitors can fly a Boeing 737, 747, or 777.

The flight training center, located close to Heathrow Airport, is used by British Airways to train airline pilots and crew. There are flight simulators for all types of British Airways Boeing aircraft and the Airbus A320, and cabin simulators that are used to train cabin crew on the handling of emergency situations. Like the cockpit simulators, some of the cabin simulators are mounted on hydraulics, and they can simulate different emergency situations such as fire (with smoke filling the cabin), decompression, and exiting via the slides.

For budding pilots, the cockpit simulator experience starts with a briefing by a British Airways pilot. The briefing introduces the flight controls and the computer systems and instruments. Then it’s into the cockpit to start the engines. The pilot guides you through the takeoff, cruise, and landing (or perhaps many landings, depending on how successful your ...