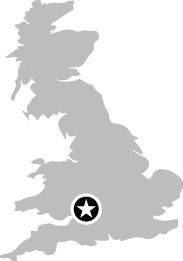 From Variolation to Vaccination

Prior to Edward Jenner’s invention of vaccination, smallpox was killing about 10% of the population of Europe every year. Those that survived were often left blind or seriously scarred. The only practical way of preventing smallpox infection was through variolation—deliberately infecting a person with a (hopefully mild) strain of smallpox.

Variolation had been in use since at least 1000 AD in the Far East, and later across the Middle East. It was introduced to Britain in 1721 by Lady Mary Wortley Montague, the wife of the British Ambassador to Turkey, where she had seen variolation practiced.

To variolate a patient, dried smallpox pustules from a mild case of smallpox were either blown up the patient’s nose or placed in a small incision in his hand. Smallpox is caused by a virus that has two forms: Variola major and Variola minor. If a patient was variolated with either one, he would become immune to the other, and by choosing a mild case of smallpox the physician hoped to be choosing Variola minor, which had a much lower death rate than Variola major. Unfortunately, at the time there was no way of distinguishing the two.

Variolation killed about 2% of patients, but protected ...