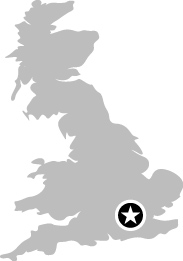 The most important exhibit is an original jet engine built from Sir Frank Whittle’s design. Whittle patented the jet engine in 1930, and in 1941 the first British jet-powered aircraft, the Gloster E.28/39, was flying. The W2/700 jet engine (see Figure 46-1) on display is the ancestor of all modern jet engines and was the first production jet engine in Britain. 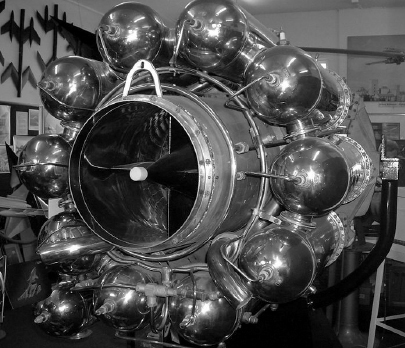 There’s an early afterburner (called at the time an “augmenter”) that was designed to fit behind the Whittle engine and generate extra thrust by injecting fuel into the hot gases ...