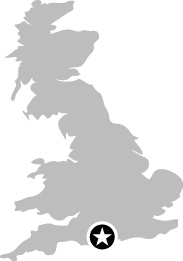 The hovercraft seems like the kind of invention that would have had the inventor exclaiming, “It’s so crazy, it just might work” (at least in the movie adaptation). And anyone who has had the pleasure of flying in a hovercraft across the English Channel from Britain to France will recall the rapid, bumpy ride.

Unfortunately, cross-Channel hovercraft travel ended in 2000 due to competition from the Channel Tunnel. But the hovercraft live on at the Hovercraft Museum (Figure 50-1). 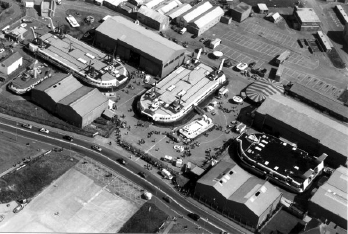 The museum is housed in a disused Royal Navy Air Station and has the best collection of hovercraft in the world. There’s everything from a tiny, one-man Winfield to massive passenger and military machines.

The museum also has many of the parts of the large SR N4 Mk II hovercraft that used to cross the Channel, carrying up to 278 passengers and 36 cars. On display at the site are two complete SR N4 Mk IIs that are not currently owned by the museum; access to these craft is restricted, but just standing next to one is inspiring. The SR N4 Mk II was powered by four Rolls Royce gas turbine engines, ...