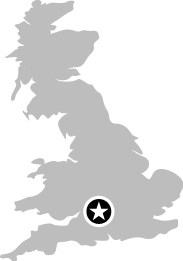 William Henry Fox Talbot invented the positive/negative photography technique while living at Lacock Abbey. He was a contemporary of Frenchman Louis Daguerre, who created the daguerreotype around the same time. Talbot’s invention allowed multiple prints to be made from a negative; Daguerre’s method created only a single image.

Initially, Talbot did not use a positive/negative: all his photographs were negatives. He made light-sensitive paper and used it to create contact prints: the object to be photographed (for example, a piece of lace) was placed in contact with the paper (or separated from it with a sheet of glass) and exposed to sunlight. This created a negative image that he termed a photogenic drawing.

Later, in 1841, he used these negatives to create positive prints by first taking a negative photograph, and then taking a photograph of the negative using the same technique. This he termed the calotype process. With one negative he could then make many positive prints.