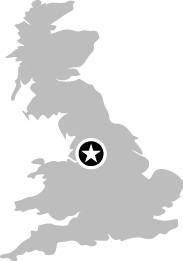 John Dalton was a late-18th-century chemist who lived and worked in Manchester. His most important work was his atomic theory, which laid the groundwork for chemistry as we know it. Dalton’s theory was that the elements are made from tiny particles called atoms, that the atoms that constitute an element are all the same, that atoms can be distinguished by their mass, that different elements have different atoms, and that chemical compounds are combinations of atoms from different elements. Only one part of his theory didn’t stand the test of time: he thought that atoms were indivisible.

In 1803, Dalton published a table of atomic masses for a variety of elements in his book A New System of Chemical Philosophy (see Figure 55-1). He gave hydrogen the nominal mass of 1, and all the other elements were weighed relative to hydrogen. Dalton was also the source of the Law of Multiple Proportions, which says that the ratio of one atom to another in a chemical compound is a whole number—since atoms could not be divided, they had to combine in fixed, whole-numbered ratios.