Museum of the History of Science, Oxford, England 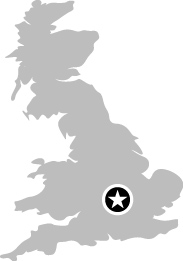 Tucked away on Broad Street in the center of Oxford is an ancient science museum. Since 1683, the Museum of the History of Science has been collecting scientific knowledge and apparatus and putting it on public display. The museum’s collection covers science from antiquity to the 20th century, and from the simple (such as collections of platonic solids) to the intricate and beautiful (such as its collection of astrolabes dating back to the 9th century).

It has a collection of 15,000 items; those on display are arranged in pristine cabinets over three floors. There’s a lot to see here—you should plan to spend at least a couple of hours visiting the museum.

The museum’s iconic exhibit is a blackboard that was used by Einstein to give a lecture at Oxford in 1931 (see Figure 56-1). The blackboard shows Einstein’s calculation of the age of the universe based on its expansion; he estimated it to be 10 billion years old. (The accepted value today is somewhere between 12 and 14 billion years old.)

The museum is a stop on the Oxford Science Walk, which passes through central Oxford. ...