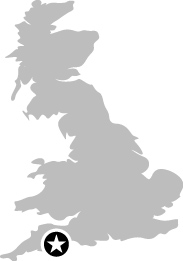 Birthplace of the Industrial Revolution

The Iron Bridge crossing the river Severn is the first bridge ever made from cast iron (see Figure 74-1). Its 30-meter span, created from 379 tons of cast iron, has been standing since 1779. Today, as in the 18th century, the bridge is a major tourist attraction. Though closed to cars, it is open to foot traffic. 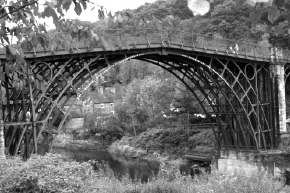 Prior to its construction, the only way to cross the river was by ferry, and the surrounding area had rich coal deposits supplying industries in local towns. The businesses needed a more reliable crossing, and shares were issued to raise the money necessary to build a bridge.

The bridge was constructed by Abraham Darby III, whose grandfather, Abraham Darby, had perfected coke smelting to produce iron goods. Coke smelting greatly reduced the cost of making cast iron, and led the surrounding area to be called “the Birthplace of the Industrial ...