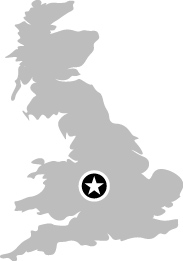 The city of Birmingham in central England was once the powerhouse of the world—it was there that Matthew Boulton and James Watt formed a partnership to build Watt’s efficient steam engines. Today Birmingham is still an important industrial city (although services such as banking now dominate the local economy), and the city sits at the heart of the West Midlands conurbation, the second-largest conurbation in the UK.

And now, in honor of Boulton and Watt and the city’s industrial heritage, Birmingham has a brand-new science museum, called Thinktank, in the city center.

The museum is divided into four levels with the (perhaps too cute) names of thinkback, thinkhere, thinknow, and thinkahead. The first level (thinkback) is where you’ll find the industrial history of Birmingham split into three parts called Move It, Making Things, and Power Up.

The Move It space covers road, canal, rail, and suburban transport with items including an early 20th-century electric tram car, the Foden Steam Wagon (a steam-powered ...