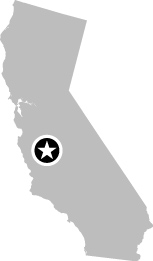 Almost all major science museums around the world have sections tracing the history of the computer, but they all pale in comparison to the Computer History Museum in Mountain View, California. The museum is housed in the old Silicon Graphics headquarters (itself an iconic Silicon Valley building), which the museum bought in 2002. Silicon Graphics was once a maker of high-performance computers for computer graphics that made possible 1990s films like Jurassic Park; its former headquarters is located on North Shoreline Boulevard next to Charleston Park, and the design and architecture of the building speak of the extreme wealth of Silicon Valley prior to the end of the Internet boom.

The museum is a work in progress, with as much information available online through its excellent website (http://computerhistory.org/ ) as in the building itself. But unlike many computer science museums (including the worth-avoiding Tech Museum of Innovation in San Jose), the Computer History ...