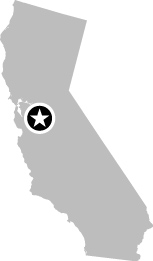 A common piece of Silicon Valley mythology is the company that started in a garage and went on to become the Next Big Thing. But some companies really did start in garages: Apple was started in Steve Jobs’s parents’ garage in Los Altos, California, and Google’s founders rented a garage in Menlo Park, California, and worked for five months in it (and in the owner’s hot tub).

But almost 40 years before either of Google’s founders was born, Bill Hewlett and Dave Packard decided to “make a run for it” and try to build their own business. They found a house for rent, complete with a garage. Dave Packard and his wife, Lucile, lived in the ground-floor apartment, and Bill Hewlett got to tinker in the garage and sleep in a shed.

That was 1938, and Hewlett and Packard’s first product was a simple audio oscillator dubbed the Model 200A, to make it sound like the newly formed Hewlett-Packard (or HP) had been in business for a while. The Model 200A undercut and outperformed other oscillators on the market, and Walt Disney became an early, happy customer. The cheap audio oscillator was put together in the garage with the paintwork on its case baked on in the oven tended by Lucile Packard. Lucile also worked ...