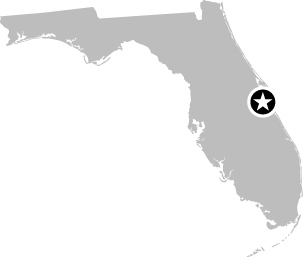 Not the Magic Kingdom

If you were to sit down and make a list of great places for the scientific tourist to visit, the Kennedy Space Center would likely be near the top of the list. Not only is it the site of the launch of the Apollo 11 mission to the Moon, the Space Shuttle, and countless other spacecraft, but it is also a major tourist attraction.

The specially built Kennedy Space Center Visitor Complex is the starting point for any visit. But taking a tour of the Kennedy Space Center is essential—it’s an enormous site, and just staying at the visitor complex turns a visit to the center into just another tourist day out. The standard tour included in the ticket price takes in the International Space Station Center (where components for the station go through final checks before being launched and where visitors can enter a mockup of the actual station), the Launch Complex 39 Observation Gantry (from which the two space shuttle launch pads can be seen, as well as the special road along which the Shuttle crawls to its launch pad from the enormous Vehicle Assembly Building), and the Apollo/Saturn V ...