The Language of Fashion Design by Laura Volpintesta

Get full access to The Language of Fashion Design and 60K+ other titles, with free 10-day trial of O'Reilly. 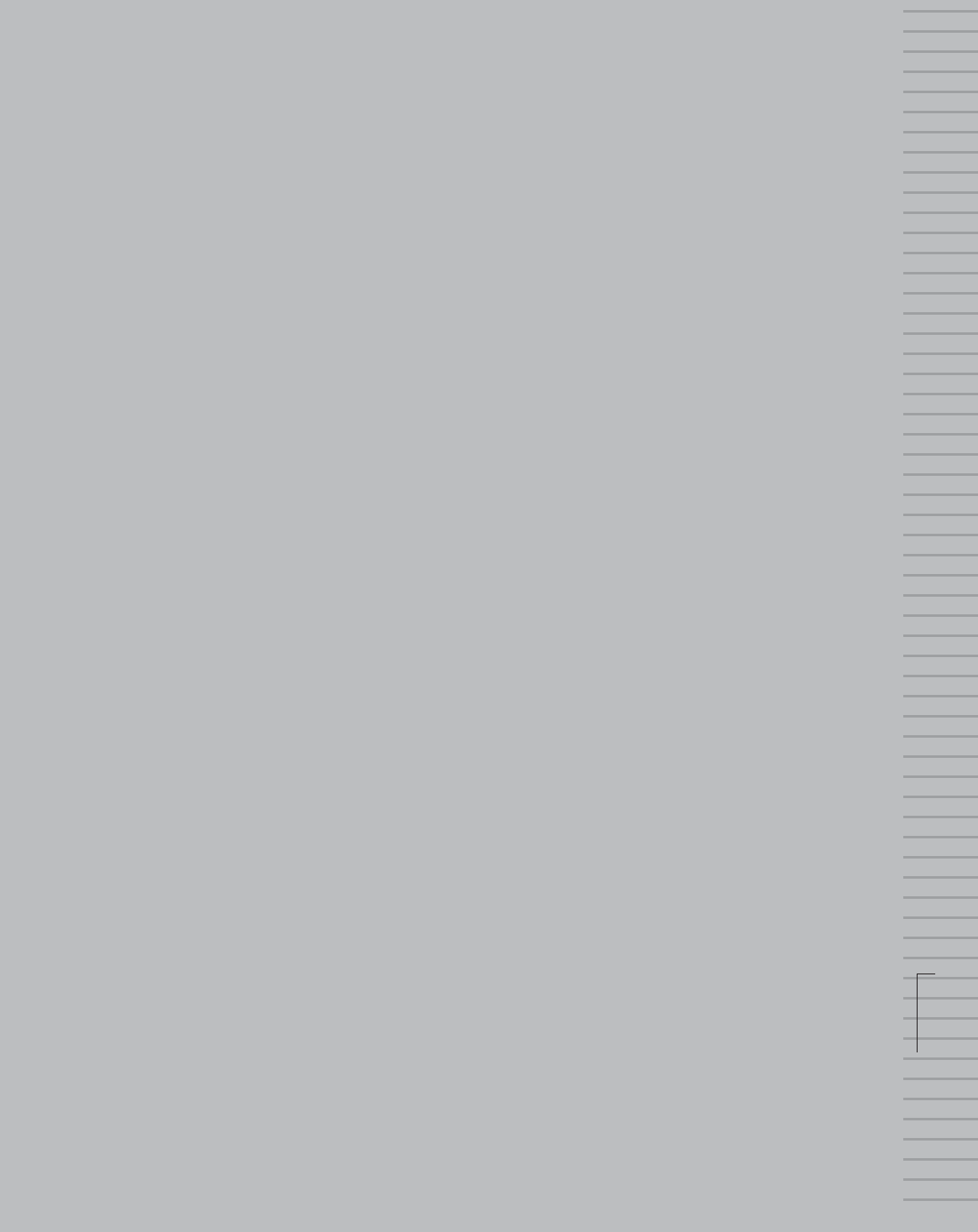 109108
symmetry
13
Symmetry is balance. The scale tips neither one
way nor the other. Bilateral reflection of the left
repeats on the right in symmetry. The center front
line, from the part of the hair, nose, center of chin,
heart center, navel, between the ankles, divides 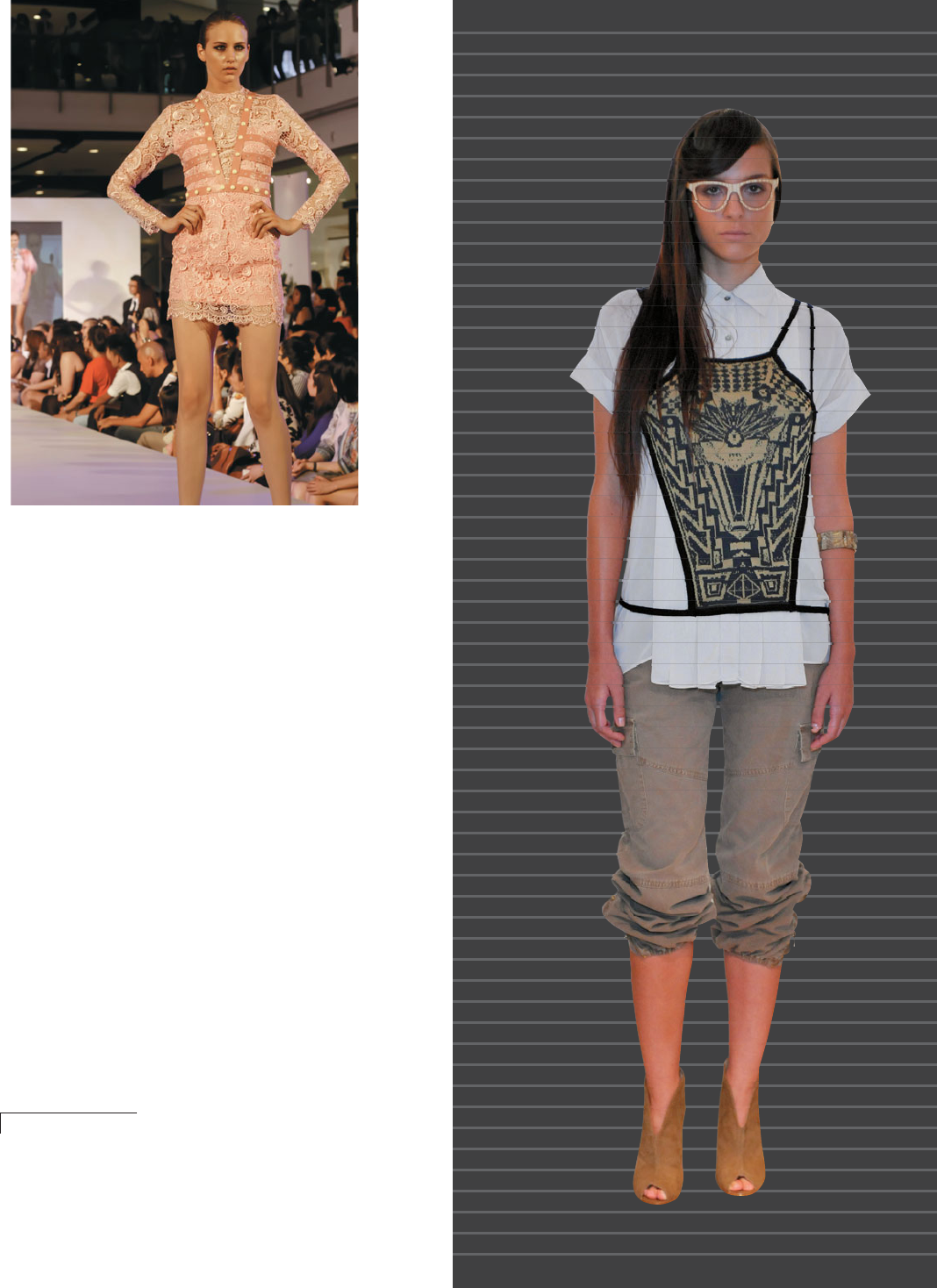 the language of fashion design
Perfectly symmetrical and
even, paired with crisply
constructed solid pieces
of graphic patterning and
natural-toned organic textile
fibers and weaves, come to
the fore in careful propor-
tions of shape and texture.
the body into halves. The center front line
on a fashion pattern piece can be place on
a folded piece of fabric, traced, cut, and
opened to create a basic garment. Collars,
pockets, front, and back zippers love reflec-
tions. Symmetry points to the center of the
look, and this irresistible focus is soothing,
grounding, centering.
There is something in us that craves
balance and predictibility at times. Symmetry
need not mean boring or square; actually, it
opens up room for a lot of other improvisa-
tions. When a garment is draped on the
form, or designed through flat pattern, often
(continued on page 112)
Textures and surfaces in
monochromatic tints are
strictly symmetrical and
structured, yet lighthearted
and feminine in detail, color,
trims, and fabric choices.
PRANG FOR ACCADEMIA
ITALIANA,
Bangkok, Thailand 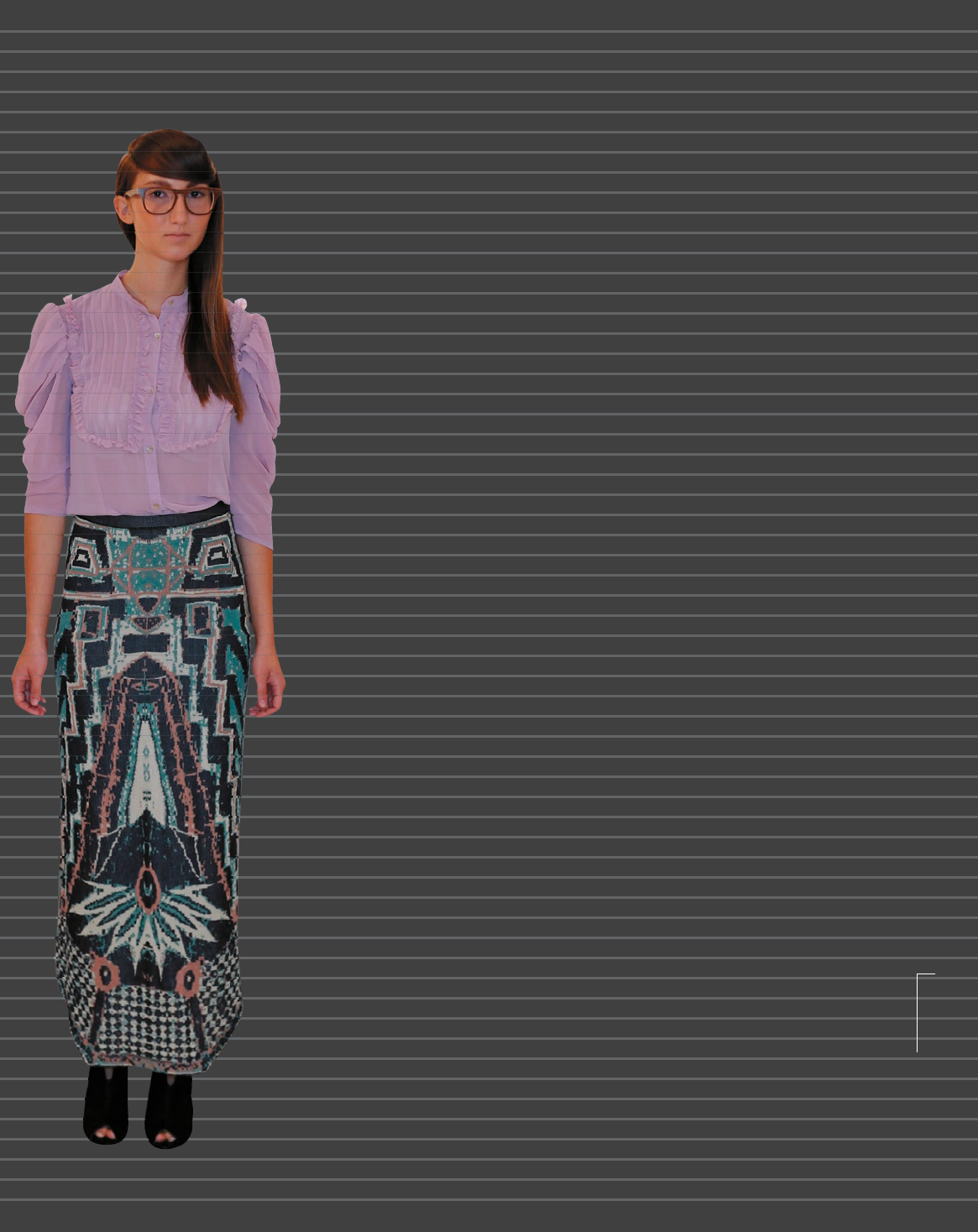 Sergio Davila
111110
A native of Peru, and, grandchild of Eu-
ropean immigrants, Sergio Davila gradu-
ated from the Academy of Art University
in San Francisco in 2002 and immediately
began developing and creating his own
menswear line based on a vision for how
he wanted to dress. He started as the tai-
lor, designer, and businessman. His first
collection immediately generated interest
on the West Coast, finding immediate buy-
ers with established retailers. The Hispanic
Scholarship Foundation chose to include
the collection in a charity fashion show in
San Francisco.
In February 2004, Davila’s fall/winter
collection was launched to critical acclaim,
and in March 2004, the first Sergio Davila
Menswear store opened in Manhattan. In
spring/summer 2008, the collection was
shown at the Chelsea Art Museum during
New York Fashion Week.
Sergio Davila was the winner of
Fashion Group International’s Rising Star
Award for Best Menswear Designer 2009 in
New York, finally showing at Bryant Park.
At the beginning of 2010, he was one of
the nominees for Best Menswear Designer
of the Ecco Domani Fashion Foundation. In
mid-2010, Collezioni magazine selected his
spring/summer 2010 collection as one of
the most representative menswear collec-
tions at New York Fashion Week.
His design offers balance, creating a
look of sportswear sophistication doused
with strong touches of warmth, using ul-
trasoft fabrics including pima cottons and
alpaca blend with silk, all 100 percent or-
ganic. Knits and geometric woven patterns
abound in his work. The geometric shapes
of his garments often mimic the woven
forms in his patterns.
PERU
During Mercedes Benz Fashion Week
in New York (spring/summer 2009),
Davila featured his creations inspired by
the 1930s emigration of Europeans into Peru
(like his grandparents). The design is com-
fortable, casual, elegant, and easy to dress
up or down. Some of the pieces are very
interseasonal in concept by simply adding
or subtracting layers, and consequently
very practical.
Davila has collaborated with Loredana
Cannia, a master of twisting threads for
outstanding knitwear, creating one-of-a-
kind pieces of art. All of his collections em-
phasize the quality of natural, 100% organic,
textiles, an intelligent style conceived in
the United States with influence from tech-
niques used in Peruvian knitwear, woven
patterns, and textiles as well as Lima’s
rich culture.

Get The Language of Fashion Design now with the O’Reilly learning platform.