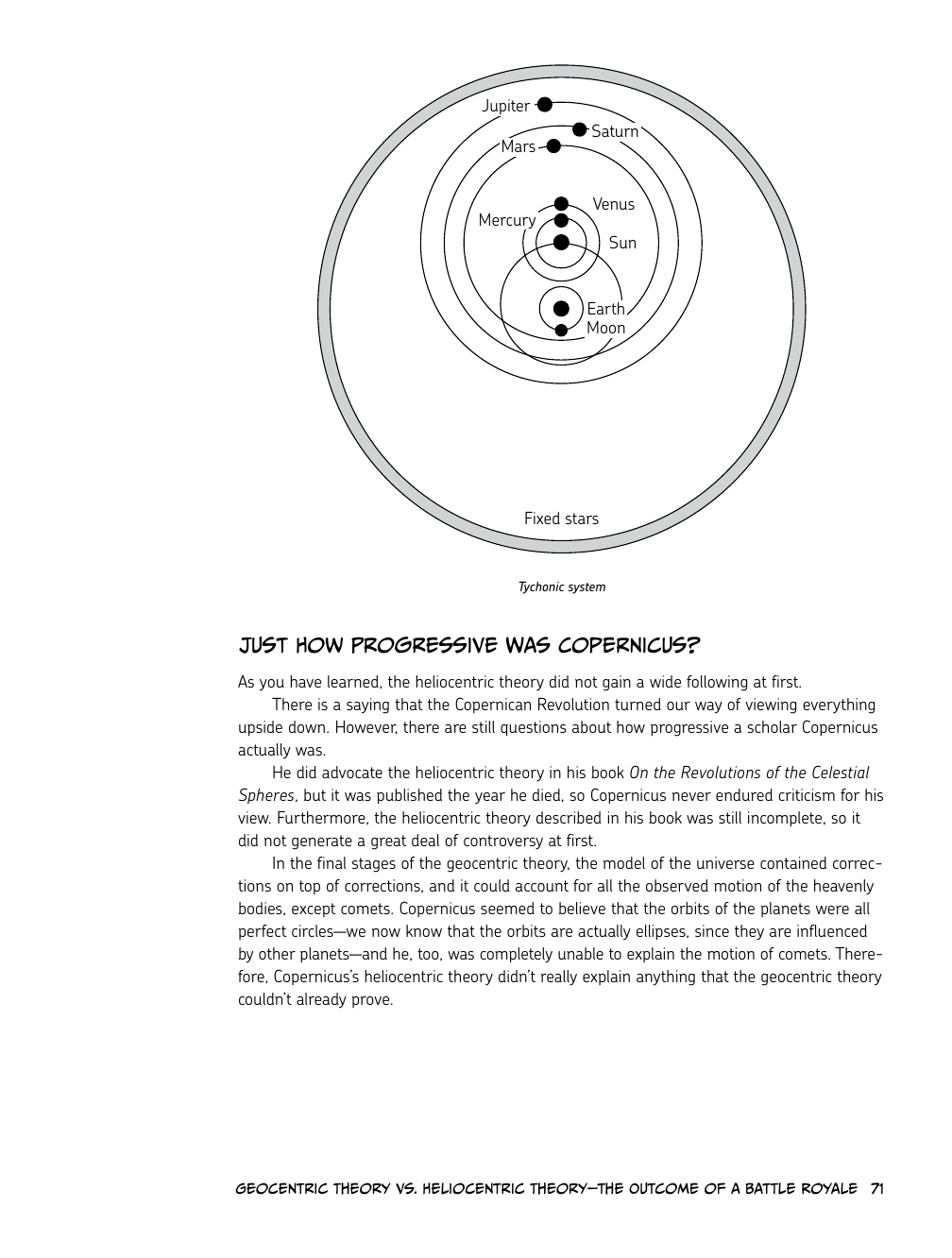 Geocentric Theory vs. Heliocentric Theory—theOutcomeof a Bale Royale 71
Just How Progressive Was Copernicus?
As you have learned, the heliocentric theory did not gain a wide following at first.
There is a saying that the Copernican Revolution turned our way of viewing everything
upside down. However, there are still questions about how progressive a scholar Copernicus
actually was.
He did advocate the heliocentric theory in his book On the Revolutions of the Celestial
Spheres, but it was published the year he died, so Copernicus never endured criticism for his
view. Furthermore, the heliocentric theory described in his book was still incomplete, so it
did not generate a great deal of controversy at first.
In the final stages of the geocentric theory, the model of the universe contained correc-
tions on top of corrections, and it could account for all the observed motion of the heavenly
bodies, except comets. Copernicus seemed to believe that the orbits of the planets were all
perfect circles—we now know that the orbits are actually ellipses, since they are influenced
by other planets—and he, too, was completely unable to explain the motion of comets. There-
fore, Copernicus’s heliocentric theory didn’t really explain anything that the geocentric theory
couldn’t already prove.
Fixed stars
Sun
Moon
Earth
Mercury
Venus
Mars
Saturn
Jupiter
Tychonic system