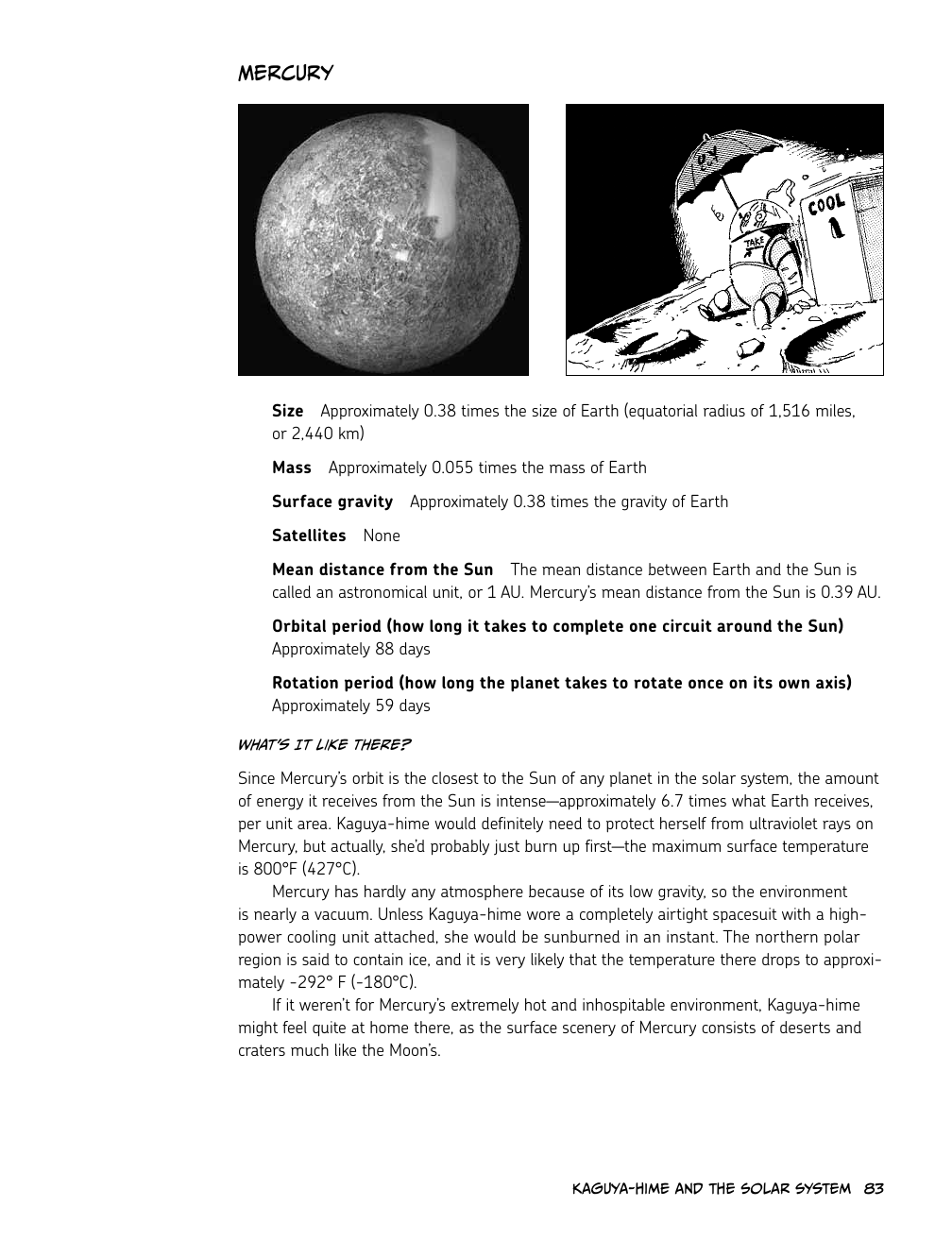 Kaguya-hime and the Solar System 83
Mercury
Size Approximately 0.38 times the size of Earth (equatorial radius of 1,516 miles,
or 2,440 km)
Mass Approximately 0.055 times the mass of Earth
Surface gravity Approximately 0.38 times the gravity of Earth
Satellites None
Mean distance from the Sun The mean distance between Earth and the Sun is
called an astronomical unit, or 1 AU. Mercury’s mean distance from the Sun is 0.39 AU.
Orbital period (how long it takes to complete one circuit around the Sun)
Approximately 88 days
Rotation period (how long the planet takes to rotate once on its own axis)
Approximately 59 days
What’s It Like There?
Since Mercury’s orbit is the closest to the Sun of any planet in the solar system, the amount
of energy it receives from the Sun is intense—approximately 6.7 times what Earth receives,
per unit area. Kaguya-hime would definitely need to protect herself from ultraviolet rays on
Mercury, but actually, she’d probably just burn up first—the maximum surface temperature
is 800°F (427°C).
Mercury has hardly any atmosphere because of its low gravity, so the environment
is nearly a vacuum. Unless Kaguya-hime wore a completely airtight spacesuit with a high-
power cooling unit attached, she would be sunburned in an instant. The northern polar
region is said to contain ice, and it is very likely that the temperature there drops to approxi-
mately -292° F (-180°C).
If it weren’t for Mercury’s extremely hot and inhospitable environment, Kaguya-hime
might feel quite at home there, as the surface scenery of Mercury consists of deserts and
craters much like the Moon’s.