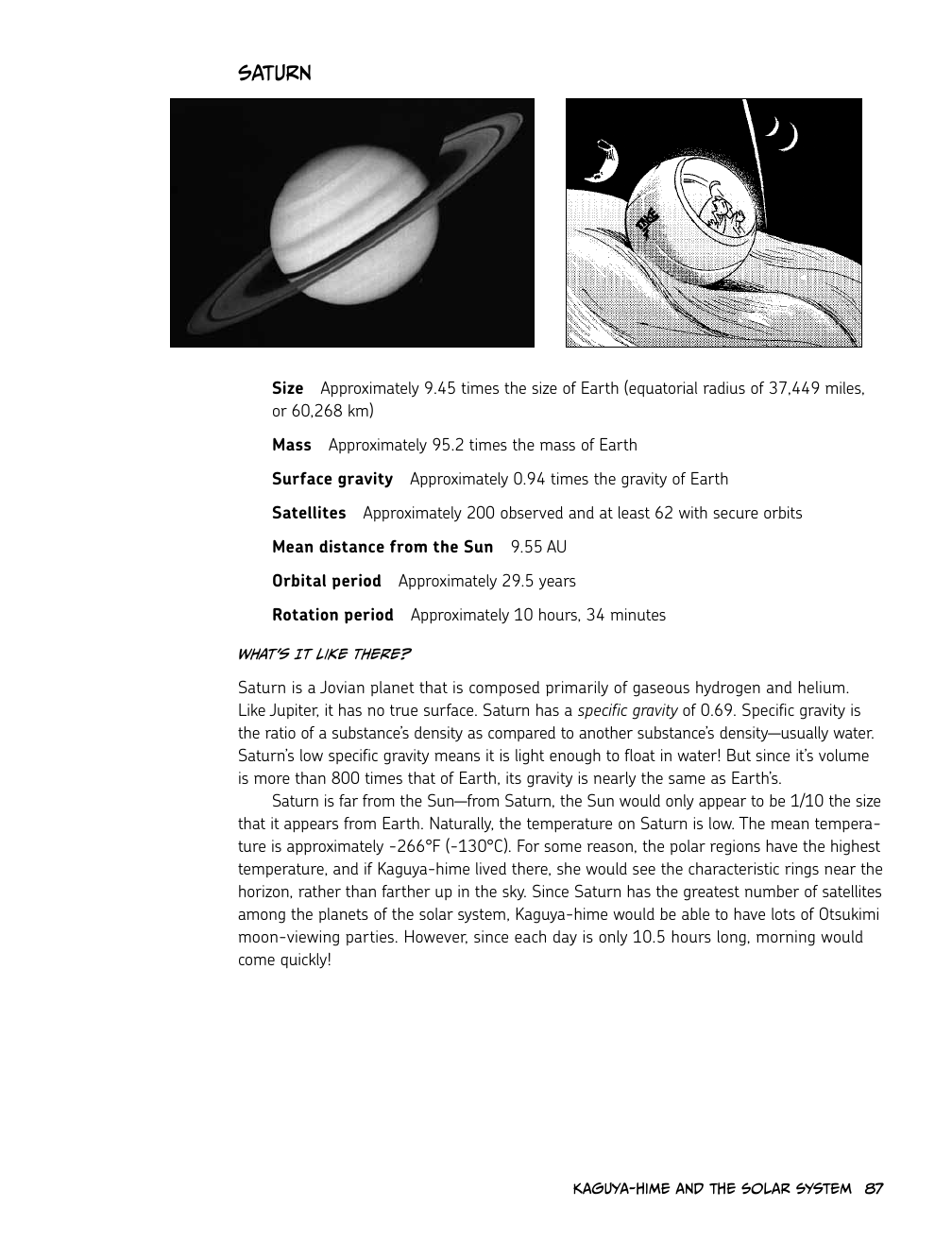 Kaguya-hime and the Solar System 87
Saturn
Size Approximately 9.45 times the size of Earth (equatorial radius of 37,449 miles,
or 60,268 km)
Mass Approximately 95.2 times the mass of Earth
Surface gravity Approximately 0.94 times the gravity of Earth
Satellites Approximately 200 observed and at least 62 with secure orbits
Mean distance from the Sun 9.55 AU
Orbital period Approximately 29.5 years
Rotation period Approximately 10 hours, 34 minutes
What’s It Like There?
Saturn is a Jovian planet that is composed primarily of gaseous hydrogen and helium.
Like Jupiter, it has no true surface. Saturn has a specific gravity of 0.69. Specific gravity is
the ratio of a substance’s density as compared to another substance’s density—usually water.
Saturn’s low specific gravity means it is light enough to float in water! But since it’s volume
is more than 800 times that of Earth, its gravity is nearly the same as Earth’s.
Saturn is far from the Sun—from Saturn, the Sun would only appear to be 1/10 the size
that it appears from Earth. Naturally, the temperature on Saturn is low. The mean tempera-
ture is approximately -266°F (-130°C). For some reason, the polar regions have the highest
temperature, and if Kaguya-hime lived there, she would see the characteristic rings near the
horizon, rather than farther up in the sky. Since Saturn has the greatest number of satellites
among the planets of the solar system, Kaguya-hime would be able to have lots of Otsukimi
moon-viewing parties. However, since each day is only 10.5 hours long, morning would
come quickly!