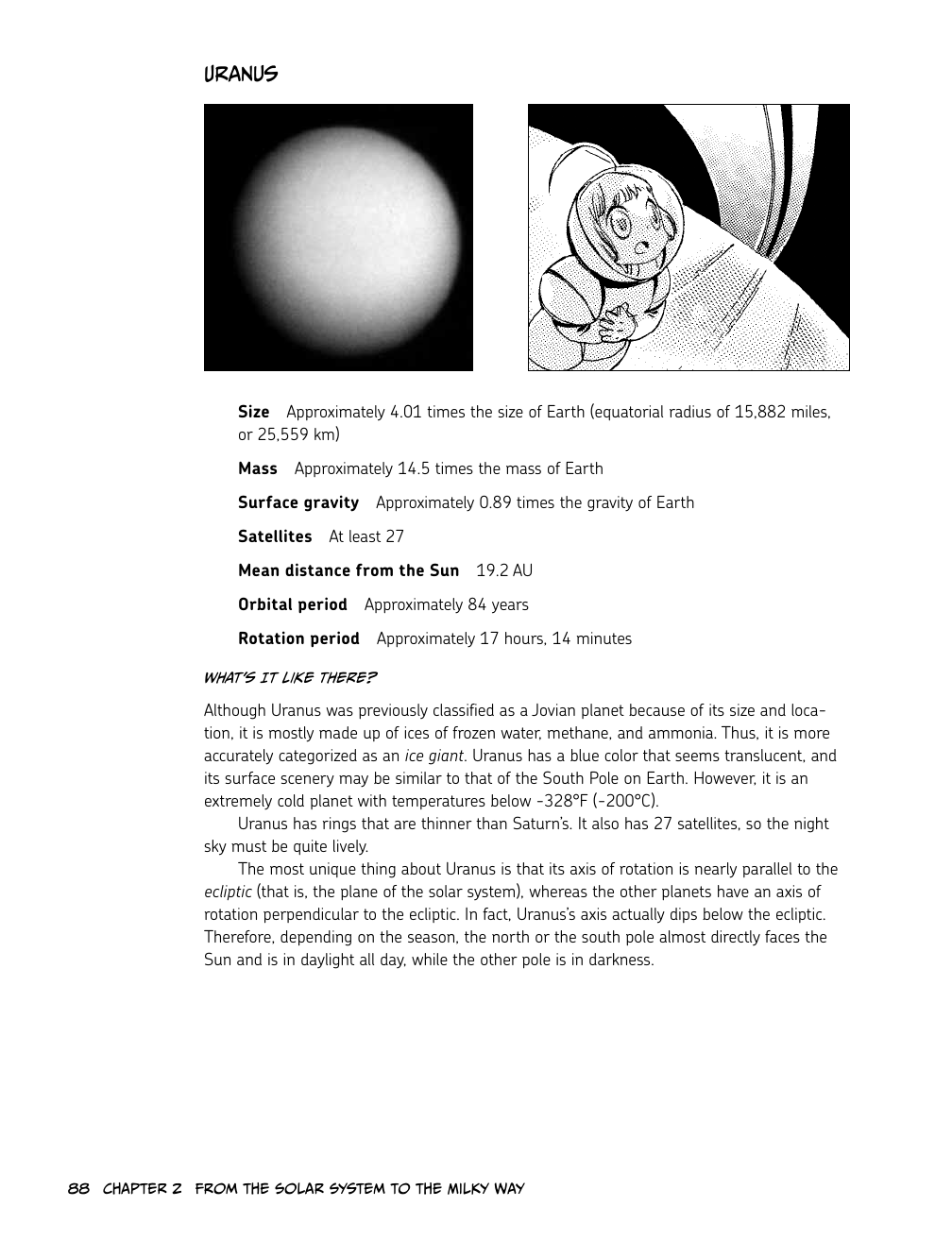 88 Chapter 2 From the Solar System to the Milky Way
Uranus
Size Approximately 4.01 times the size of Earth (equatorial radius of 15,882 miles,
or 25,559 km)
Mass Approximately 14.5 times the mass of Earth
Surface gravity Approximately 0.89 times the gravity of Earth
Satellites At least 27
Mean distance from the Sun 19.2 AU
Orbital period Approximately 84 years
Rotation period Approximately 17 hours, 14 minutes
What’s It Like There?
Although Uranus was previously classified as a Jovian planet because of its size and loca-
tion, it is mostly made up of ices of frozen water, methane, and ammonia. Thus, it is more
accurately categorized as an ice giant. Uranus has a blue color that seems translucent, and
its surface scenery may be similar to that of the South Pole on Earth. However, it is an
extremely cold planet with temperatures below -328°F (-200°C).
Uranus has rings that are thinner than Saturn’s. It also has 27 satellites, so the night
sky must be quite lively.
The most unique thing about Uranus is that its axis of rotation is nearly parallel to the
ecliptic (that is, the plane of the solar system), whereas the other planets have an axis of
rotation perpendicular to the ecliptic. In fact, Uranus’s axis actually dips below the ecliptic.
Therefore, depending on the season, the north or the south pole almost directly faces the
Sun and is in daylight all day, while the other pole is in darkness.