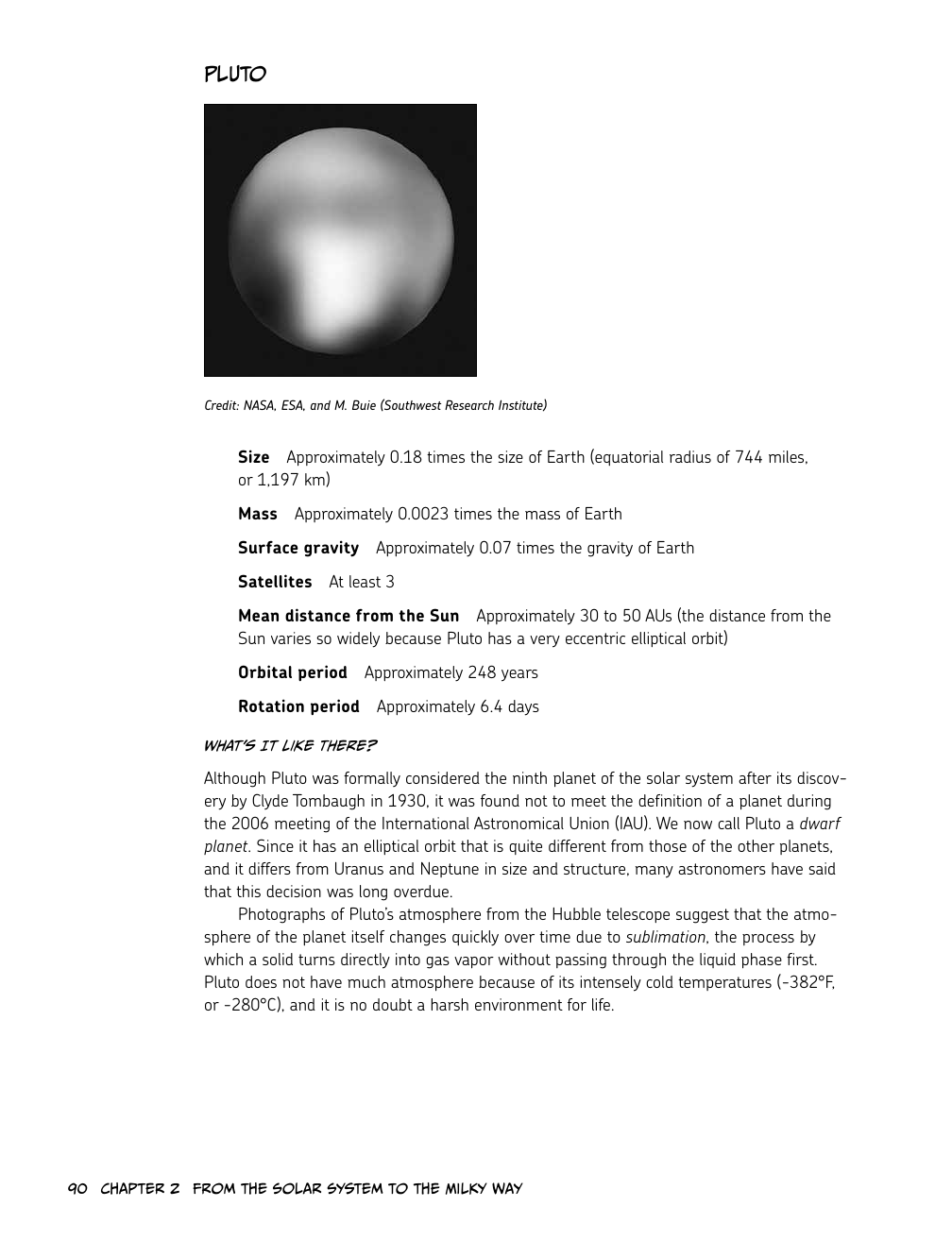 90 Chapter 2 From the Solar System to the Milky Way
Pluto
Size Approximately 0.18 times the size of Earth (equatorial radius of 744 miles,
or 1,197 km)
Mass Approximately 0.0023 times the mass of Earth
Surface gravity Approximately 0.07 times the gravity of Earth
Satellites At least 3
Mean distance from the Sun Approximately 30 to 50 AUs (the distance from the
Sun varies so widely because Pluto has a very eccentric elliptical orbit)
Orbital period Approximately 248 years
Rotation period Approximately 6.4 days
What’s It Like There?
Although Pluto was formally considered the ninth planet of the solar system after its discov-
ery by Clyde Tombaugh in 1930, it was found not to meet the definition of a planet during
the 2006 meeting of the International Astronomical Union (IAU). We now call Pluto a dwarf
planet. Since it has an elliptical orbit that is quite different from those of the other planets,
and it differs from Uranus and Neptune in size and structure, many astronomers have said
that this decision was long overdue.
Photographs of Pluto’s atmosphere from the Hubble telescope suggest that the atmo-
sphere of the planet itself changes quickly over time due to sublimation, the process by
which a solid turns directly into gas vapor without passing through the liquid phase first.
Pluto does not have much atmosphere because of its intensely cold temperatures (-382°F,
or -280°C), and it is no doubt a harsh environment for life.
Credit: NASA, ESA, and M. Buie (Southwest Research Institute)