Get full access to The Nexus Effect: When Leaders Span Group Boundaries and 60K+ other titles, with free 10-day trial of O'Reilly. 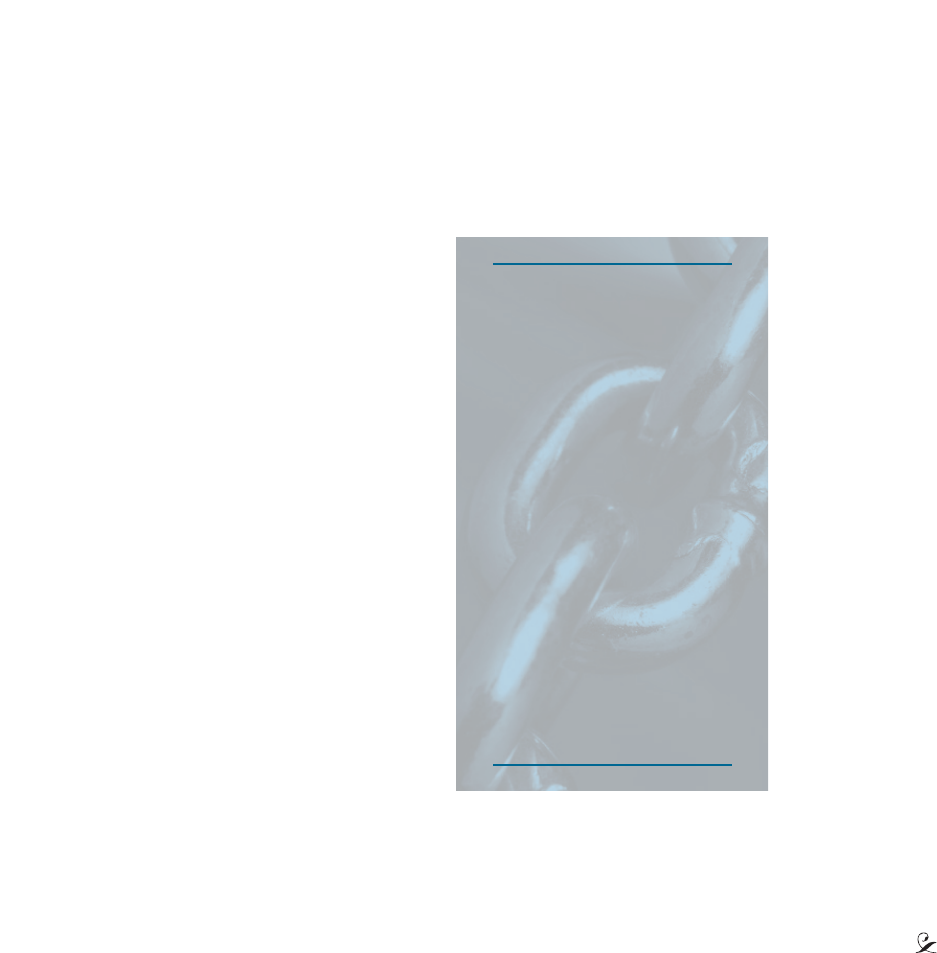 The nexus effect can create a
mutually reinforcing cycle. This
occurs when success in one group
strengthens the other groups and cre-
ates a positive feedback loop. The
effect is significant, especially when
it comes to finding solutions to diffi-
cult yet important developmental
problems and fostering sustainable
change. In CRY, for instance, by
spanning the boundaries within the
organization, Srinath and her team
were able to create the change they
wanted to see in the groups they
worked with. They were able to cre-
ate a reinforcing cycle of diverse peo-
ple working toward common objec-
tives and the realization of a shared
vision for social change.
CHANGING DYNAMIC
As the examples in this article sug-
gest, groups of people who histori-
cally had remained apart now find
themselves increasingly working
together. Organizations today are
junctions and nodes through which
people, resources, and information
interact and flow. Despite this reality,
current leadership research and prac-
tice continue to focus on leadership
within a defined group, assuming a
traditional dynamic in which leaders
and followers share a common cul-
ture and set of values.
Through its research, CCL is just
beginning to understand the nexus
effect and the collective solutions that
can be achieved when leaders facili-
tate collaborative practices across
diverse and even divided groups.
CCL hopes to identify methods for
developing effective leadership across
groups and to create frameworks for
understanding boundary-spanning
practices and mind-sets in varying
contexts.
CCL believes that boundary-
spanning leadership is particularly
vital as business, government, civil
society, and local communities part-
ner to try to solve the world’s most
pressing societal challenges. As
philosopher Martha C. Nussbaum
writes in her book Cultivating
Humanity: A Classical Defense of
Reform in Liberal Education
(Harvard University Press, 1997):
“Citizens who cultivate their human-
ity need an ability to see themselves
not simply as citizens of some local
region or group but also, and above
all, as human beings bound to all
other human beings by ties of recog-
nition and concern. . . . Issues from
business to agriculture, from human
rights to the relief of famine, call our
imaginations to venture beyond nar-
row group loyalties and consider the
reality of distant lives.”
Therein lies both the challenge
and the opportunity of the nexus
effect when leaders span group
boundaries.
LIA • VOLUME 28, NUMBER 4 • SEPTEMBER/OCTOBER 2008
17
The nexus effect occurs
when leaders tap into a
diversity of knowledge
and capabilities repre-
sented by different sec-
tors of society. The
energies of diverse
groups are harnessed to
address persistent and
often previously
intractable problems.
SUBSCRIBE TO LEADERSHIP IN ACTION NOW!
This is an article that was featured in Leadership in Action, a periodical from the Center for
Creative Leadership, published in association with Jossey-Bass.
We are confident that you will find Leadership in Action to be an excellent value and an
indispensable tool for improving your leadership and your organization. By uniting the
insights of top scholars and the experience of working executives, each issue provides the
best strategies for confronting such critical issues as leading a diverse workforce, maximiz-
ing the effectiveness of teamwork, stimulating creativity in the workforce, and more.
You can subscribe by printing and mailing this form to Jossey-Bass, 989 Market Street, San
Francisco, CA 94103-1741. For fastest service, call 888/378-2537 (toll-free) or 415/433-1767;
fax to 888/481-2665 (toll-free) or 415/951-8553; or e-mail to jbsubs@jbp.com.
Thank you!
❏ Yes! I want to subscribe to Leadership in Action now.
For a one-year (six issues) subscription:
INDIVIDUAL: U.S./Canada/Mexico ❏ $189 Outside N. America ❏ $225
INSTITUTION: U.S. ❏ $325 Canada/Mexico ❏ $385 Outside N. America ❏ $436
❏ Payment enclosed (New York and Canadian residents, please add sales tax). Make check
payable to Jossey-Bass.
❏ Bill my organization (purchase order and phone number required)
Purchase Order # __________________________________ Phone ______________________
❏ Charge my credit card.
Visa MasterCard American Express Discover (circle one)
Card # ___________________________________________ Exp. Date ___________________
Signature _________________________________________ Phone _____________________
Name ________________________________________________________________________
Address ______________________________________________________________________
City/State/ZIP ________________________________________________________________
Copyright © Jossey-Bass, a Wiley Imprint. All rights reserved.
Reproduction or translation of any part of this work beyond that permitted by Sections 7 or 8 of
the 1976 United States Copyright Act without permission of the copyright owner is unlawful.
Requests for permission or further information should be addressed to the Permissions Depart-
ment, John Wiley & Sons, Inc., 111 River Street, Hoboken, NJ 07030; phone 201/748-6011, fax
201/748-6008, e-mail: permreq@wiley.com

Get The Nexus Effect: When Leaders Span Group Boundaries now with the O’Reilly learning platform.