The Steampunk Adventurer's Guide: Contraptions, Creations, and Curiosities Anyone Can Make by

Get full access to The Steampunk Adventurer's Guide: Contraptions, Creations, and Curiosities Anyone Can Make and 60K+ other titles, with free 10-day trial of O'Reilly. 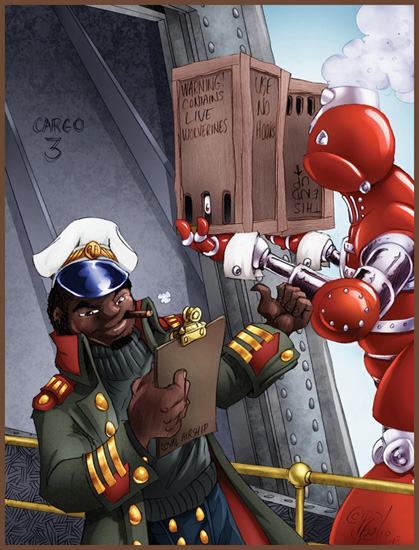 Chapter 7Grappling Hook LauncherWherein our heroes get a lift

“We cannot leave until Mum tucks us in at 9 P.M.,” said Isaac as he snatched a final biscuit from the tray left from dinner.

Like clockwork, Anna and Alexander Griffith came in to see about their children and wish them goodnight at exactly 9 P.M. As the door closed behind them, Isaac felt relief wash over him. He was finally going to be alone with his parents. The realization that he would not be falling to his death from the bottom of an airship later that night nearly made him jump out of bed. Amelia actually looked a bit disappointed.

Anna began to lean over Isaac. “Get some sleep. ...

Get The Steampunk Adventurer's Guide: Contraptions, Creations, and Curiosities Anyone Can Make now with the O’Reilly learning platform.