CHAPTER 3: The Making of a Contrarian 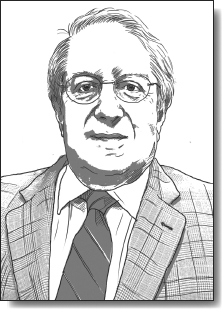 Worldly wisdom teaches that it is better for reputation to fail conventionally than to succeed unconventionally.

Irving Kahn and his sons, Alan and Thomas, founded Kahn Brothers in 1978, adopting the teachings of Benjamin Graham as their investment philosophy. Managing more than $700 million as of the end of 2011, the company operates investment management accounts on behalf of institutional and high-net-worth clients. The company’s mission is to provide clients with “superior returns on investment while limiting their exposure to risk and to the potential for permanent loss of capital.”

In line with its determination to remain a privately owned company, Kahn Brothers looks to grow its client base and assets under management at a measured and controlled pace, adding only those who share its long-term investment philosophy. Accordingly, the Kahns assure their clients that they have no interest in ballooning assets for the sake of growth or to bolster the company’s sales prospects.