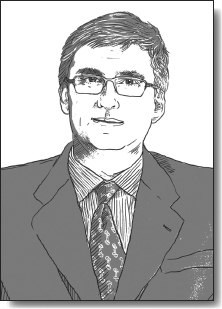 When you have eliminated the impossible, whatever remains, however improbable, must be the truth.

Incorporated in Madrid in 1987, Bestinver originally managed the wealth of the Entrecanales family. Joining the firm in 1989, Paramés gradually took Bestinver to the next level by setting up its first equity fund, Bestinfond, in 1992. Then, in 1997, Bestinver launched a global equity fund called Bestinver Internacional.

Managing Bestinver’s funds single-handedly until 2003, Paramés has generated stellar investment results not only within the Spanish community but within Europe as a whole. From Bestinfond’s official launch on January 13, 1993, the fund returned 1,447 percent, or 15.76 percent annually, until 2011. Its benchmark index, the Madrid Stock Exchange General Index, returned 329 percent, or 8.10 percent annually, during the same period.

Bestinver’s other notable fund, Bestinver Internacional, which was launched on December 31, 1997, had generated 221 percent, or 8.85 percent per annum, as of 2011. Its benchmark index, the MSCI World Index, dropped 2 percent, or −0.15 percent annually, during the same ...