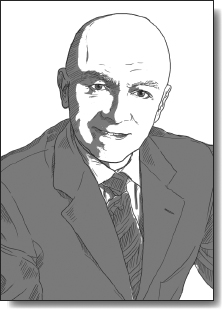 Two roads diverged in a wood, and I—I took the one less traveled by, and that has made all the difference.

Starting with initial capital of $100 million, Mobius and his team have grown Templeton emerging markets funds into a business worth more than $50 billion (as of the end of 2011). From its inception on July 31, 1989, to December 31, 2011, its flagship investment trust, the Templeton Emerging Markets Investment Trust, generated 2,071.5 percent, or 14.72 percent annually. During the same period, its benchmark index, the MSCI Emerging Markets Index, returned 866.4 percent, or 10.65 percent per annum.

Often dubbed the “dean of emerging markets” or, more affectionately, the “Yul Brynner of Wall Street,” thanks to his signature bald appearance, Mobius was one of Asiamoney’s “Top 100 ...