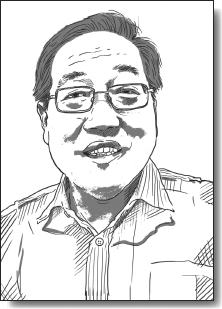 Teng Ngiek Lian is the founder of Target Asset Management Pte. Ltd., a long-only investment management company established in Singapore in 1996. The company’s flagship Target Value Fund, which invests mainly in Asia ex-Japan, grew from $5.5 million at inception to $2 billion in July 2010, when Teng announced his retirement.

After celebrating his sixtieth birthday, Teng wrote in his retirement letter in July 2010 that he wanted to take a short break to attend to personal matters and to think of ways to practice fund management in a less stressful manner. After a year of relaxation and brainstorming, he came out of retirement in June 2011 and re-launched the Target Value Fund with a smaller initial fund size of approximately $500 million. His objective is to again pursue higher returns and lower risk by applying his time-tested value investing principles.

“Before one can properly determine the valuation of a stock, it is necessary first to determine its business ...