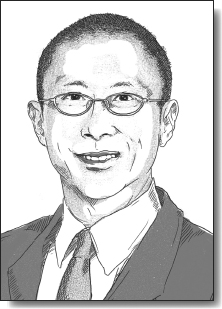 V-Nee Yeh is the co-founder of Value Partners Limited, a Hong Kong–based asset management company established in 1993 that applies value investing principles to identify investment opportunities in the Asia–Pacific region. The company reorganized itself as Value Partners Group Limited in 2006 and listed its business on the Hong Kong Stock Exchange in 2007.

In 2011, the company was ranked the largest asset management company in Asia, managing a total of $7.2 billion. Its most notable fund, the Value Partners Classic Fund (A Units), had returned 1,756.4 percent since inception in April 1993, an annualized return of 16.9 percent. During the same period, its benchmark index, the Hong Kong Hang Seng Index, had returned 262.4 percent, or an annualized gain of 7.1 percent.

Since stepping down from the day-to-day management of Value Partners in 1996, Yeh’s mission has been to spot new investing talent across Asia. In 2002, he co-founded and became chairman of Argyle Street Management—an investment company that seeks opportunities in distressed and special situation Asian investments ...