Your Creative Brain: Seven Steps to Maximize Imagination, Productivity, and Innovation in Your Life by

Get full access to Your Creative Brain: Seven Steps to Maximize Imagination, Productivity, and Innovation in Your Life and 60K+ other titles, with free 10-day trial of O'Reilly. 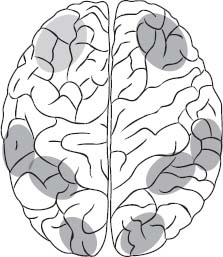 The quality of the imagination is to flow, and not to freeze.

AT 3:25 PM ON JANUARY 15, 2009, U.S. Air Flight 1549 took off from New York's La Guardia airport bound for Charlotte, North Carolina, with Captain Chesley Sullenberger at the helm. Within six minutes the flight would be over and the crew of Flight 1549 would make aviation history. Shortly after takeoff the aircraft hit a flock of Canada geese, resulting in loss of thrust to both of the Airbus A320s’ engines. ...

Get Your Creative Brain: Seven Steps to Maximize Imagination, Productivity, and Innovation in Your Life now with the O’Reilly learning platform.