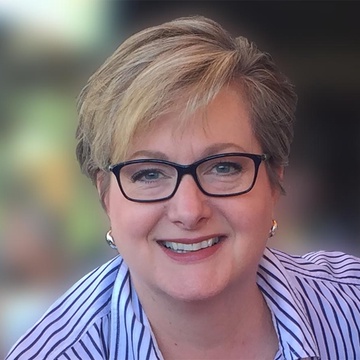 Laura Baldwin began working with O’Reilly Media in October 2001 as Chief Financial Officer and added Chief Operating Officer to her responsibilities in October 2004. She became O’Reilly’s first President in March 2011 and is currently responsible for O’Reilly’s businesses worldwide. Prior to O’Reilly, she was a consultant to the publishing industry through BMR Associates, and managed several large consulting engagements across all genres of publishing and media.

Laura has worked in banking as well as in corporate governance, holding positions in worldwide cash management and corporate finance. She attributes much of her success to the all-girls high school she attended, where she was taught that leadership is available to anyone who demonstrates initiative and drive regardless of their gender. She brings that philosophy to O’Reilly, where she helped to create a diversity scholarship program and continues to advocate for an inclusive and open workforce.

Balance your ecosystem to succeed at business

It’s not about approaching diversity and inclusion—it’s about practicing it.

The best business decision is doing right by our community.

Responding to a copyright issue

As a company, we take relationships with our authors, our talent, and our content partners seriously.

People, systems, and the California fires

Watching the O'Reilly teams accept the challenge of the Kincade fire and subsequent power outages was nothing short of remarkable.

At O’Reilly, we seek to foster a culture that creates opportunity, rewards and recognizes accomplishments, and treats everyone with respect.

The mission of spreading the knowledge of innovators continues

Additional context on why we’re no longer selling books and videos on shop.oreilly.com.