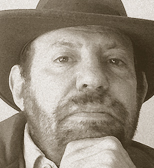 Tom Adelstein began his career as a screenwriter for an independent film company and wrote musical scores for Pompeii Records. In 1985, he had a breakthrough year with the publication of "How to Read, Analyze and Select Private Real Estate Offerings," through Longman, Pearson. Tom's publications span several genres. As a journalist, he was a member of the Computer Press Association. Tom's last book,"Linux System Administration" hit number seven on Amazon's Technical Best Seller list in 2007. He also won the "Linux Journal Reader's Choice Award" in 2008. We have published Linux System Administration in 14 languages including Chinese, Japanese, Russian, Spanish, French, Turkish, German, Croatian and, of course, English.

During the 1990's, Tom was an activist for Linux. He organized government advocacy groups and initiated legislation for Open Source Software in Texas, including Senate Bill 1579 filed by State Senator John Carona in November 2002. He lobbied for the US Department of Justice's Global Data Model and an Amber Alert Sharing System based on the FBI's Emergency Response Network.

The Open Source community considers Tom an important figure in the adoption of the Linux operating system, virtualization of Internet servers and technology leading to the "Cloud". In 2003, Linux World named him one of the world's 20 global Linux Luminaries. In 1999, Tom helped bring IBM into the world of Open Source Systems when his company broke the wire-line protocol of Outlook and Exchange Server and ported it to Linux on an IBM Mainframe. Today, Tom mentors young writers and works as a story consultant . Among his achievements, he has published over 500 magazine articles for well-known and smaller publications.

“Linux System Administration seems to have been written for Linux sys admins who already know the basics and need to have a central location to find solutions to the most common problems.”

“Linux system administrators who want to solve problems quickly may already have many Linux references at hand for in-depth treatment, but the advantage of Linux System Administration is it's a quicker reference than most – and thus more valuable to Linux programming libraries and programmer collections than weightier coverages. Its at-a-glance pages offer up plenty of real-world case history scenarios, question/answer formats, and tips which advance the training of existing Linux administrators who want to enhance and expand on their skills. From installing Apache and MySQL on a web server to using Linux visualization with VMW are to run multiple kernels on one piece of hardware, this is an item of choice for any Linux programmer.”

“I've just finished reading a review copy of O'Reilly's latest GNU/Linux title, Linux System Administration. It's a handy introduction for the beginner GNU/Linux sysadmin, and a useful addition to an experienced sysadmin's bookshelf. The book is essentially a survey of various Linux system-administration tasks: installing Debian; setting up LAMP; configuring a load-balancing, high-availability environment; working with virtualization. None of the chapters are in-depth examinations of their subjects; rather, they're enough to get you started and familiar with the concepts involved, and headed in the right direction.”

“...this book is easy to read and understand. I really found each chapter to be modular and this enhanced the readability of the book. I think that even a novice could get a multifunctional server up and running. The step by step instructions that follow a brief overview is a basic but genius way of transitioning from each part of the initial to the final stages of the set up and configuration process. I am only half way through the project but I am eager to finish the book as I set up a fedora core 6 server for my network administration class.”