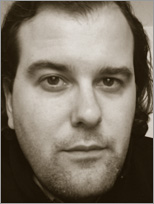 Java, Ruby, Groovy with a Focus on Development Infrastructure

Timothy M. O'Brien consults and writes from Evanston, IL, about thirteen miles North of the center of Chicago. He maintains a personal blog at www.discursive.com, and he frequently contributes to the OnJava blog.

His current focus is on helping to increase the audience for Gradle. You can find out more about Gradle at http://www.gradle.org. Years ago wrote Maven: The Definitive Guide, a free, green book which is going to be published by O'Reilly in Q3 of 2008. Before that, he had the pleasure to work with Ryan Fowler and James Elliott on the Second Edition of Harnessing Hibernate. A few years ago, Vincent Massol and Tim collaborated on the first Maven book: Maven: A Developer's Notebook, and prior to that he wrote the Jakarta Commons Cookbook in 2003 and 2004.

Tim is committed to the idea that open source documentation is as important to the success of a project as the source code itself - documentation is a primary artifact. This is a lesson most programmers tend to forget after having it hammered into them by Computer Science professors and teaching assistants at The University. In the real world, as in the academy, your coding efforts do suffer that "automatic 30 point reduction in final grading" if you fail to supply the required user documentation. Even in the most well-respected open source efforts, documentation remains a governor on adoption and progress. Tim wants to help convince other developers to take the time to get involved in open source documentation. Who said DocBook isn't fun?

“This book is truly amazing...If you're an impatient developer this is the book for you. I think it offers just enough in-depth theory and it keeps you awake with frequent easy to understand code. ”

“This book is by far one of the best books on Hibernate. The main reason is the example code that go hand in hand with the book, and illustrates why Hibernate is so powerful. A decent clear example which simply solves the problem presented in each chapter is what every hard working developer needs from a book. Harnessing Hibernate delivers on this in spades.”