This course is a 4-day immersive bootcamp designed to quickly teach you the fundamentals of JavaScript and its role in the client-side programming. Why JavaScript? It’s arguably the world’s most popular ... 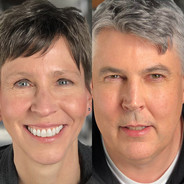 Join Eric Freeman and Elisabeth Robson, co-authors of the industry’s “go to” book for learning design patterns, Head First Design Patterns, in a two-day course on the fundamentals of patterns. You’ll ... 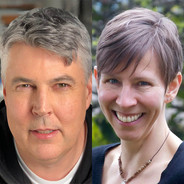 Eric is described by Head First series co-creator Kathy Sierra as "one of those rare individuals fluent in the language, practice, and culture of multiple domains from hipster hacker, corporate VP, engineer, think tank." Professionally, Eric recently ended nearly a decade as a media company executive-having held the position of CTO of Disney Online at The Walt Disney Company. Eric is now devoting his time to WickedlySmart, a startup he co-created with Elisabeth Robson.

By training, Eric is a computer scientist, having studied with industry luminary David Gelernter during his Ph.D. work at Yale University. His dissertation is credited as the seminal work in alternatives to the desktop metaphor, and also as the first implementation of activity streams, a concept he and Dr. Gelernter developed. In his spare time, Eric is deeply involved with music; you'll find Eric's latest project, a collaboration with ambient music pioneer Steve Roach, available on the iPhone app store under the name Immersion Station.

Eric lives with his wife and young daughter in Austin. His daughter is a frequent vistor to Eric's studio, where she loves to turn the knobs of his synths and audio effects. Eric's also passionate about kids education and nutrition, and looking for ways to improve them.