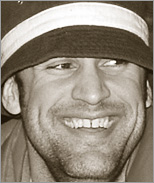 M. David Peterson is a software development consultant who specializes in XML, XSLT, C#, the .NET platform, and functional programming languages such as Lisp and Scheme. His first line of code was written in 1983 on a Timex Sinclair 1000 bought by his father with the hope that it would bring satisfaction to the mind of his 11-year-old son and a little bit of sanity to his own. Generally speaking, it did.

His professional career began in 1996 as a contractor for the Microsoft corporation and has since continued as a contractor/consultant developing customized solutions for a variety of platforms and devices. During his career, he has spoken at many major industry development conferences, including Microsoft's TechEd, on multiple continents.

Born in California and raised in a suburb of Seattle, WA, he is the proud parent of his four-year-old son, Conner Max. Currently residing in Salt Lake City, UT, you can visit his personal weblog at http://www.xsltblog.com.