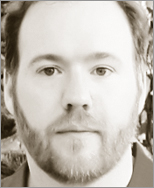 A leading authority for Windows, server and Web technologies, and the award-winning author of over 100 books.

William has been involved in the commercial Internet community since 1991. His core business and technology experience comes from over 11 years of military service. He frequently serves as a subject matter expert and consultant.

William recently rediscovered his love of the great outdoors. When he's not writing, teaching, or making presentations, he can be found hiking, biking, backpacking, traveling, or trekking in search of adventure.

“The book structure of combining samples, note, best practices, caution, real world and tip is beneficial to the readers. The author has offered enough information in this book to enable the reader to perform the necessary core administrative task for SQL server. The book scores 9 / 10 in terms of content and value for money.”

— Uma Devi Kanagaratnam, BCS - The Chartered Institute for IT

“Get it – whether you are experienced with SQL Server 2012 or still in the process of learning it. The book is well-written and well-structured. And it is reasonably well-illustrated with screenshots, code samples, tables, notes, tips, lists and step-by-step instructions. ”

“Optimizing Windows 7 Pocket Consultant will be very useful for beginners as they need not have to search various materials for content. Instead all the relevant concepts are explained in detailed manner under a single umbrella. The book will also be useful for computer hardware technicians and engineers as they can easily troubleshoot their clients system without any external help. Advanced users can make use of the book as a ready reference material as it will help them to quickly optimize Windows 7 so that they can use the operating system to its fullest potential.”

“Geeks will love this book. It actually answers every question they might have on this operating system. Also, the book is very well written, and takes time to explain every feature there is. It’s so comprehensible, that I almost recommended it for grandma. ”

“This book is a must have for anyone running Exchange 2010. It has information in it I have found no where else.”

“Whatever your skill level, I think that you’ll find the information in this book very accessible and helpful. Whatever your interest or concern about Microsoft’s latest OS Windows 7, I think you’ll find it addressed in Windows 7: The Definitive Guide. ”

“Overall, this book is a really a true-friend for DBAs, and they must have it with them...if you are a SQL Server DBA, trust me :), you do not want to think twice, buy the book.”

“At the end of the day, this book aims to be practical, portable, and to provide answers for day-to-day administration of Windows Server 2008 R2. On the whole, it achieves that goal – and it’s is well laid out, with plenty of illustrations...”

“...if you want a book that quickly explains what you need to do with Exchange 2010, this is a great option. I have the Unleashed book, and I find myself using this book quite a lot more.”

“If you...are looking to establish or expand your technical career in the direction of Windows Server 2008 administration, Stanek's book is a good tool to add to your kit...Pick up a copy. You can't go wrong.”

“...a great desktop reference for the everyday Vista adventurer. The author does a very credible job of covering a vast amount of information on an often confusing and sometimes annoying subject, Vista.”

“The visual learner will marvel at this full-color, step-by-step guide to the use of Windows Vista. The clean, neat, layout provides fast access to specific operations through the use of color-coded tabs and a logical sequence of chapter content. All operations and procedures are clearly illustrated and concisely described.”