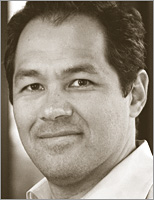 Cricket Liu is the co-author of all of O'Reilly's Nutshell Handbooks on the Domain Name System, DNS and BIND, "DNS on Windows NT," DNS on Windows 2000, DNS on Windows Server 2003, and DNS & BIND Cookbook, and was the principal author of "Managing Internet Information Services."

Cricket is Infoblox's Chief DNS Architect and serves as a liaison between Infoblox and the DNS community. He worked for HP for nearly 10 years, where he ran hp.com, one of the largest corporate domains in the world, and helped found HP's Internet consulting business. Cricket later co-founded his own Internet consulting and training company, Acme Byte & Wire. After Network Solutions acquired Acme Byte & Wire and later merged with VeriSign, Cricket became director of DNS Product Management.

Webcast: IPv6 Fundamentals - Keys to Avoid Common Transition Mistakes April 21, 2011 This session with leading O'Reilly authors and IPv6 experts will help you get prepared to successfully manage the transition from v4 to v6, identify when and how to get started and avoid mistakes.

“This book isn’t just about the server-side of IPv6 configuration. You also go over the client configuration as well as touch on areas such as Dynamic Resolver Configuration, NAT64 and DNS64. Just when you think you have it all covered, then you can start delving into Registering and Delegating to IPv6 Name Servers. This isn’t something that you will have running flawlessly overnight but with this book on your bookshelf, you will have the information handy when you really need it.”

“If you have anything to do with DNS - buy this book. You may not read this book cover to cover but you WILL reference it on a regular basis.”