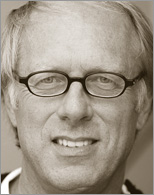 Mikkel Aaland is an award-winning photographer, popular workshop leader, and the author of ten books, including Photoshop CS2 RAW (O'Reilly 2006), Shooting Digital (2nd edition, Sybex, 2006), Photoshop Elements 4 Solutions (4th edition Sybex/Wiley, 2006), Photoshop for the Web, 2nd edition (O'Reilly, 1999), Still Images in Multimedia (Hayden, 1996), and Digital Photography (Random House, 1992). Since 2001 Aaland has been a regular guest on G4's Call For Help TV Program with Leo Laporte. In 2003 he was a guest columnist for newsweek.com. In 2004, Shooting Digital was named the best "Digital Photography" book of the year by the Designer's Bookshelf.

Aaland's documentary photographs have been exhibited in major institutions around the world, including the Bibliotheque Nationale in Paris and the former Lenin Museum in Prague. In 1981 he received the National Art Directors award for photography. He has contributed both text and/or photography to Wired, Outside, Digital Creativity, American Photo, The Washington Post, and Newsweek, as well as several European publications.

Aaland has been a pioneer in digital photography, an interest that dates back to a 1980 interview he conducted with Ansel Adams. When Aaland asked Adams what he would be pursuing if he were just starting out, Adams discussed at length his fascination with digital photographs of the planets. Aaland has pursued this new technology since its infancy. During the 1980s he reported on digital photography as west coast editor of the Swedish FOTO magazine, and wrote a column on the subject for American Photographer magazine. Aaland is one of the few orginal Adobe Lightroom's alpha and beta user, and he served as an unpaid advisor on the project for over a year.

Photoshop for the Web by Mikkel Aaland Second Edition November 1999

Photoshop for the Web by Mikkel Aaland April 1998

Webcast: Shooting Digital: What are YOU missing? April 09, 2009 In this webcast we will look at some commonly forgotten or unknown features of digital cameras and imaging software, then open the discussion to your experiences with the known and unknown world of digital photography.

“If you want to learn about Lightroom 2 the easy and pleasurable way, this book may be for you. ”

“Although the Lightroom landscape is unfamiliar to me, I can tell you that Mikkel's explanations of just how the ACR-type development tools work are clear, complete, and very useful. They confirmed some details I'd had notions about but couldn't find explicitly clarified elsewhere. I'm betting that the rest of the book is just that good.”

“I'm only 40% of the way through it and already I've learned several very useful things. Some are basics I just hadn't noticed...”

“From using different modules such as Develop to black and white effects, no Photoshop collection should be without Photoshop Lightroom Adventure.”

“This is one of the most detailed how-to books you will find covering the new Lightroom 2 program. It is a hands-on guide that will teach you how to use Lightroom to make your images really stand out in a crowd....If you are going to be using Lightroom, then this is a "must-have" book, and I do not say that very often.”

“I'm a digital tech freak, but I was set in my ways. Most of what Lightroom does can be done in Photoshop, after all. But...I’ve just finished reading Photoshop Lightroom 2 Adventure, by Mikkel Aaland (O’Reilly Media; $44.99), and I’m a changed man. I’ve been locked away in my studio for weeks now playing with the software, the book and my digital images.”

“Every page of Aaland's book is filled stunning photography and screen shots that explore every aspect of Lightroom 2.0...He is a master of breaking down complicated concepts about digital photography in a succinct manner...Indeed, Photoshop Lightroom Adventure 2 will be the only guide you need to learn the program.”

“It is a gorgeous and absolutely indispensable book for all Lightroom users.”

“This book covers Lightroom 2.0 from the ground up so any one new to using Lightroom could benefit from this. But there is more than enough new or changed items with this release that even for someone fairly versed in Lightroom 1.x will find useful knowledge between the covers.”

“Photoshop Lightroom 2 Adventure is on the other hand a great concept for a book. It allows me as the reader, an entertaining way to learn of new photographers, see how they compare to others who basically are shooting the same sites, all while learning the new features of Lightroom 2.”

“What separate's Aaland's adventure book from the other lightroom adventure books? The superb photos illustrating techniques. Rather than resorting to stock, the book inspires with stunning images shot in Tasmania by Aaland and a teen of 18 pros. It's hands-on Lightroom-learning in the real (make that exotic) world.”

“After repeatedly being given unsatisfactory, incomplete and sometimes just plain wrong answers by my fellow photographers and even personnel at the camera stores that I frequent, I really didn't know very much about camera RAW except that I should use it instead of shooting JPEGs. Finally this book not only tells people exactly why they should use it and when, but makes it clear that Adobe's newest release of CAMERA RAW 4.4.1 is such an improvement over the latest one that will work with CS2 that it makes the issue of finding out whether or not I can do some sort of workaround to let me use CS2 with my Nikon D3's (and soon D300's) RAW images irrelevant...If you have not read this book already, you really should do so - especially since it specifically discusses Adobe's PHOTOSHOP CS3, and how to derive maximum benefit from RAW image files while using it.”

“Neo-pros need this - and any computer or photography library strong in Photoshop techniques will find it popular.”

“Photoshop CS3 RAW by Mikkel Aaland succeeds in instructing us how to use Adobe Camera RAW in Photoshop CS3 as a very important workflow tool to process and enhance RAW images. This book is particularly suited for the beginning photographer who is just now starting to use his new DSLR camera to shoot RAW and has Photoshop CS3 installed in his computer. The lessons could go deep at times, but it can only benefit the photographer to understand the hows and whys of the tools used.”

“The outstanding thing to note about Mikkel Aaland's book Photoshop CS3 Raw: Get the Most Out of the Raw Format with Adobe Photoshop, Camera Raw, and Bridge is that is organized very systematically. Instead of being a breathless description of everything you can do with the software, Aaland focuses on why you would do something and how to do it. It's an effort that is fun to read and easy to reference.”

“This most excellent book is one of the first to be devoted exclusively to the topic of shooting in the raw, by explaining the advantages and challenges of using Adobe Camera Raw to produce magnificent images. In other words, this best-selling book is full of inside knowledge of how new features let photographers optimize and convert images for the best results in Adobe Photoshop CS3.”

“The book also covers impressive ground in terms of exploring and explaining the features of a complex application. There is coverage of virtually everything you'd like to know about Lightroom - which pretty much encompasses all the recent advances in PC-based digital picture processing. Thus the book is also a really good tutorial of the subject as well.”