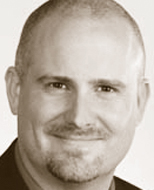 Fred Trotter is a hacktivist. He works for social change by coding and promoting Open Source Health Software. In recognition of his role within the Open Source Health Informatics community, Trotter was the only Open Source representative invited by congress to testify on the definition of 'meaningful use' for the federal health care incentives law (Meaningful Use). Trotter also represented the Open Source EHR community in negotiations with CCHIT, the leading EHR certification body.

Trotter is the original author of FreeB, the worlds first GPL medical billing engine. In 2004 Fred Trotter received the LinuxMedNews achievement award for work on FreeB. Fred Trotter was an editor for the Open Source EHR review project with the American Medical Informatics Association (AMIA), Open Source Working Group (oswg). Fred is a member of WorldVistA and is the programmer behind Astronaut Shuttle which is the first cloud-based VA VistA offering.

Fred Trotter is a recognized expert in Free and Open Source medical software and security systems. He has spoken on those subjects at the SCALE DOHCS conference, OSCON, LinuxWorld, DefCon and is the MC for the Open Source Health Conference. He has been quoted in multiple articles on Health Information Technology in several print and online journals, including WIRED, ZSnet, Government Health IT, Modern Healthcare, Linux Journal, Free Software Magazine, NPR and LinuxMedNews. Trotter has a B.S in Computer Science, a B.A in psychology and a B.A in philosophy from Trinity University. Trotter minored in Business Administration, Cognitive Science, and Management Information Systems. Before working directly on health software, Trotter passed the CISSP certification and consulted for VeriSign on HIPAA security for major hospitals and health institutions. Trotter was originally trained on information security at the Air Force Information Warfare Center.

Webcast: 6 New Year Resolutions for Health IT January 17, 2012 If you are interested in insight into the strange behind the scenes workings of healthcare or are already a grizzled veteran we will cover a diverse set of topics sure to be as informative as they are interesting and funny.

“Meaningful Use and Beyond is well written, readable and provides a good understanding of the current position of US health informatics.”

“The highest compliment I can pay Trotter and Uhlman is to say I wish their book had been available to me as a decoder ring when I started out.”

“The book provides a very thoughtful and detailed view of Federal programs to accelerate the use of Healthcare IT. I really enjoyed the expert interpretation of the standards and policy activities which I've experienced first hand over the past five years.”