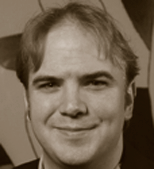 Billy Hoffman is the founder of Zoompf and a recognized expert in the field of the web and web security. Billy was the lead researcher at web security firm SPI Dynamics and served as the manager for Hewlett-Packard's Web Security Research Group following Hewlett-Packard's acquisition of SPI in 2007. Billy's research has focused on Web 2.0 technology and security threats, automated discovery of web application vulnerabilities, and web crawling technologies. His work has been featured in Wired, Make magazine, Slashdot, G4TechTV, and in various other journals and Web sites. Billy has presented his work internationally and is regular presenter at security conferences including RSA, Black Hat, AJAXWorld, and Shmoocon. Billy is also the author of the book Ajax Security, the definitive guide to web security in a Web 2.0 world, published by Addison Wesley in December 2007.

As Billy conducted web security analysis throughout the globe, he consistently noted that the performance of most websites was suboptimal. He also noted that this lack of optimization resulted in both poor user experiences and lost revenue for website providers. Recognizing an opportunity to apply his extensive web development skills in this exciting new area, Billy founded Zoompf to develop technology and services specifically designed to optimize website performance.

Webcast: The Best of Velocity - Take it all off! Lossy Image Optimization August 29, 2012 For the majority of websites, images consume the most bandwidth and are the most requested content type. With images constituting such as large percentage of the web, what else can be done to reduce file size while preserving the perceived quality of...