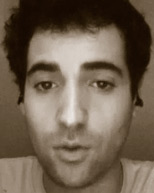 Ben Fhala discovered his passion for data visualization six years ago while he was working at Parsons in New York, in their data visualization department PIIM. He is the owner of the online video training school, 02geek.com, and an Adobe ACP. He enjoys spending most of his time learning and teaching, and has a love for visual programming and visualization in general.

Ben has had the honor of developing applications for US Congress members, Prime Ministers, and Presidents around the world. He has built many interactive experiences for companies such as Target, AT&T, Crayola, Marriott, Neutrogena, and Nokia. He has technically directed many award-winning projects and has been a part of teams that have won three Agency of the Year awards.

Webcast: Getting Started with HTML5 Canvas December 17, 2013 In this hands-on webcast session, Ben will walk you through the basics of working with canvas. You will learn how to create canvas draw lines, shapes and as time permits other canvas capabilities.