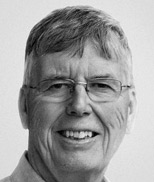 Dr. Michael Stonebraker has been a pioneer of database research and technology for more than a quarter of a century. He was the main architect of the Ingres relational DBMS, and the object-relational DBMS PostgreSQL. These prototypes were developed at the University of California at Berkeley where Stonebraker was a Professor of Computer Science for twenty five years. More recently at MIT, he was a co-architect of the Aurora Borealis stream processing engine (commercialized as StreamBase), the C-Store column-oriented DBMS (commercialized as Vertica), and the H-Store transaction processing engine (commercialized as VoltDB). Currently, he is working on science-oriented DBMSs and search engines for accessing the deep web. He is the co-founder of six venture capital-backed start-ups.

Professor Stonebraker is the author of scores of research papers on database technology, operating systems and the architecture of system software services. He was awarded the ACM System Software Award in 1992, for his work on Ingres. Additionally, he was awarded the first annual Innovation award by the ACM SIGMOD special interest group in 1994, and was elected to the National Academy of Engineering in 1997. He was awarded the IEEE John Von Neumann award in 2005, and is presently Adjunct Professor of Computer Science at MIT.