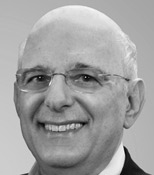 Dick Axelrod co founded The Axelrod Group, Inc., a consulting firm that pioneered the use of employee involvement to effect large-scale organizational change. He now brings more than thirty-five years of consulting and teaching experience to this work, with clients including Boeing, Coca-Cola, Harley Davidson, Hewlett-Packard, Kaiser Permanente, and the National Health Service in the UK. Dick is faculty at the University of Chicago's Masters in Threat and Response Management Program, and American University's Masters in Organization Development Program. He recently received The Excellence in Teaching Award, from the University of Chicago. Dick authored Terms of Engagement: Changing the Way We Change Organizations, and co-authored You Don't Have to Do It Alone: How to Involve Others to Get Things Done, which the New York Times called "the best of the current crop of books on this subject." His book is Let's Stop Meeting Like This: Tools to Save Time and Get More Done became available in August 2014. Raised in Chicago, he now resides in Wilmette, Illinois with his wife Emily. They are the proud parents of Heather and David and doting grandparents of Zach and Andy. Dick is a long-suffering Chicago Cub's fan.

Webcast: First aid for time-wasting, energy-sapping meetings October 26, 2016 Dick and Emily provide tactics and guidance to help you run your next meeting better.