5 industries that demonstrate how blockchains go beyond finance

Across enterprise sectors, blockchain technology is evolving the way business is done. 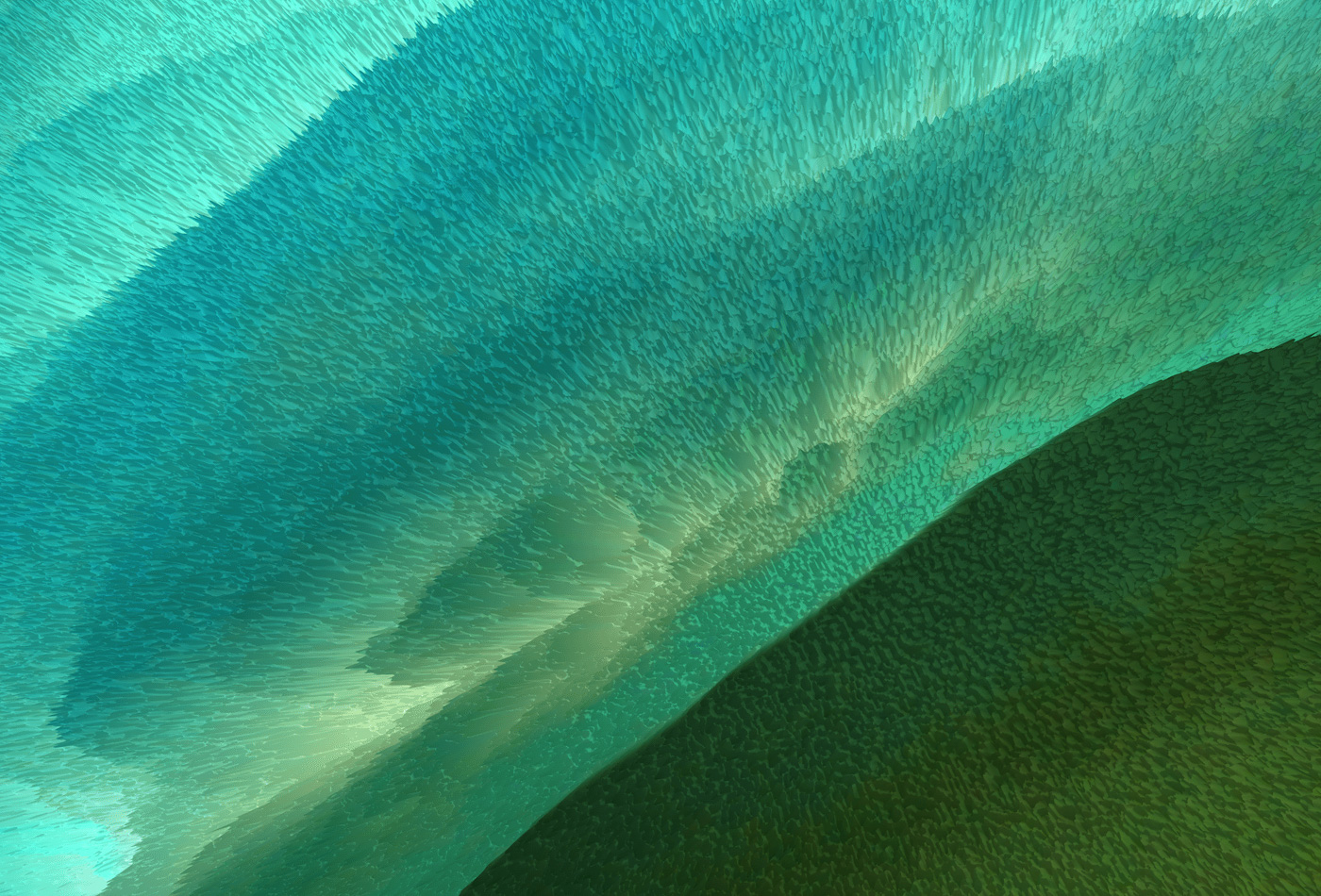 Alison McCauley, author of Unblocked, is exploring the applications and opportunities of blockchain here on Radar. This is the third article in a three-part series we've published over the past few months.

Although blockchain technology is still in its early days, momentum has been building in the enterprise. While there has been much focus on blockchains in banking and payments, its impact has already extended far beyond finance. Here is a glimpse of just some of this work and the kind of intense learning that can be leveraged across industries.

With its high bar for data privacy and security, lessons learned in health care could inform development and practice in government and other regulation-heavy industries. Regulatory requirements make health care one of the more challenging industries to tackle, so change will take time to trickle down to patients in a way they really notice. But development has been underway for years already. Visionaries are hoping to leverage blockchains to provide a secure, universal data sharing infrastructure that can help solve decades-long problems endemic to the health care system. Because providers today don’t have a way to securely share data, there is hope that blockchain-driven collaboration could ultimately increase accuracy of diagnosis and coordination of treatment.

For example, MedRec is a system in development at MIT that seeks to make it possible for patients to manage their own records, giving permission to different providers to access and update data. The system is being tested with anonymized data, and could be used, for example, as a trusted central repository for vaccination, even if those vaccines were given by different providers. Gem and Tierion are startups working different aspects of data storage, verification and sharing (both partnered with Philips Healthcare), while Hu-manity.co partnered with IBM to give patients more control of their data and enable them to profit directly from sharing their data. MetLife can now pay claims instantly to expectant mothers who test positive for gestational diabetes—while this represents just a small sliver of business, it is easy to project how this learning could be extensible to other populations.

Pioneers are working to increase liquidity, ease administrative burden, and open up the possibility of new business models in real estate. Their work could inspire innovations in other spaces with similar characteristics. They are using the technology to record, track, and transfer land titles, deed, and liens, and to facilitate payments, leasing, and sales. They are even exploring new ways to fractionalize real estate through tokenization (programmable representations of value).

The Swedish land registry authority, Lantmäteriet, has, with a diverse team of partners, been testing land registry on a private blockchain. Today, it can take months from the signing of a contract to register a sale, even though Lantmäteriet is already paperless and highly digitized. The registry is automating transactions on a blockchain, enabling buyers and sellers to digitally sign a bill of sale, with signatures verified automatically instead of at an agent’s office. When a land title changes hands, it would be verified via the blockchain, and recorded again. It’s still a long way until a blockchain-driven registry is widely available in Sweden, but estimates put taxpayers’ potential savings at over $100 million a year. In the U.S., the city of South Burlington in Vermont has also run pilots with land title and registry on a blockchain.

Platforms have emerged to facilitate the tokenization of real estate, which can help make an illiquid asset more liquid. Buyers purchase tokens, each representing a fraction of the asset. Last year, the owners of the St. Regis Aspen Resort in Colorado raised $18 million in this way, with each token valued at $1 USD.

A great deal of investment in blockchain technology has poured in from consumer packaged goods companies attracted by the promise of more supply chain transparency. Their challenging work—how, for example, do you digitize a strawberry?—could lay important groundwork for any industry looking to achieve more visibility of goods moving through their ecosystem.

More than 100 companies are involved with IBM’s Food Trust network, including many consumer packaged goods companies and grocery retailers. Consumers, retailers, and food safety organizations are demanding more transparency, and blockchain is looking to be a promising solution for this complex ecosystem.

Bumble Bee Foods is using a blockchain to achieve transparency in its supply chain all the way from the moment a tuna is caught by fishermen to arriving on grocery store shelves. The company is aiming to demonstrate provenance of its product to influence consumer preference and even pricing. Nestle has been testing blockchains in more than 10 projects, including IBM Food Trust, where it is using the technology to track provenance of ingredients in products like Gerber baby food.

Anheuser-Busch InBev is exploring a range of pilots. The brewing company is giving some consumers an option to upload their driver’s license information to a blockchain, which verifies age so they can then buy beer at a vending machine simply by scanning their phone. Anheuser-Busch InBev also has a partnership with BanQu that uses a blockchain to facilitate payments to farmers who don’t have bank accounts. In fast growing markets, like Africa, this could enable the company to meet demand more efficiently by making it possible to work with more farmers.

Digital advertising depends on a complex ecosystem of advertisers, publishers, and middlemen, and is plagued by widespread fraud. Blockchain provides hope for smarter, more secure advertising that generates higher yields. Entrepreneurs and intrapreneurs are exploring many angles, including using blockchains for higher quality data, targeting, and reducing costs. This work could inform a range of industries that are operating with large ecosystems characterized by fraud or high-toll intermediaries.

For example, Comcast and competitors Viacom and Spectrum Reach have partnered to launch Blockgraph, which seeks to enable more precise targeting without disclosing viewers’ personal information to advertisers. Brave is a new browser that sees to attack each layer of inefficiency in the browser ecosystem. This new model uses a blockchain to eliminate the middlemen that today take more than half the revenue. Instead of going to Google or Facebook, for example, advertisers will list directly onto Brave’s blockchain-based browser. Both advertisers and publishers get more value, and consumers get fewer but better targeted ads.

The application of blockchain in the insurance industry is an area of great exploration. The technology is being targeted as a way to detect fraud, improve the efficiency of claims processing, and simplify the flow of data and payments between insurers and reinsurers. But it is also being explored as a key mechanism for innovative approaches to insurance. Blockchains (along with a new flood of IoT-driven data that can be used to calculate risk and monitor assets) could make it easier for insurers to offer granular protection that flexes and changes with individual needs. It drives costs down and enables unique identifiers, immutable tracking, and contracts that can be executed without a human—making it possible to make insurance work for smaller and smaller things or periods of time. This may also make it easier for non-insurers to bundle insurance with their products and services, creating new, innovative packaging that drives customer preference in a broad range of industries.

Insurance giant Allianz SE has been testing a range of blockchain applications. For example, through a joint venture, the company is testing flight-delay insurance that could be automatically initiated as soon as a flight is delayed by the insured delay time. It is also involved with a project to speed insurance payments to health providers. State Farm is working on a blockchain to speed the process in which insurers seek partial reimbursements for claims from other insurers involved with the claim, today a painful process with high administrative costs.

These industries provide just a glimpse of the kinds of projects that are building momentum. Just about every industry has both established and disruptive players looking to use blockchain technology to evolve the way business is done. According to Deloitte in their 2019 Global Blockchain Survey, “the question for executives is no longer, ‘will blockchain work?’ but, ‘how can we make blockchain work for us?”. While many enterprise projects tend to be lodged in the deep back office, they create a foundation that could be leveraged to one day impact the way we work and play. As blockchain savvy teams around the globe build and gather allies, projects could build, over time, to something pervasive and difficult to outrun.