AI and the future of design: What will the designer of 2025 look like?

Designers may well provide the missing link between AI and humanity. 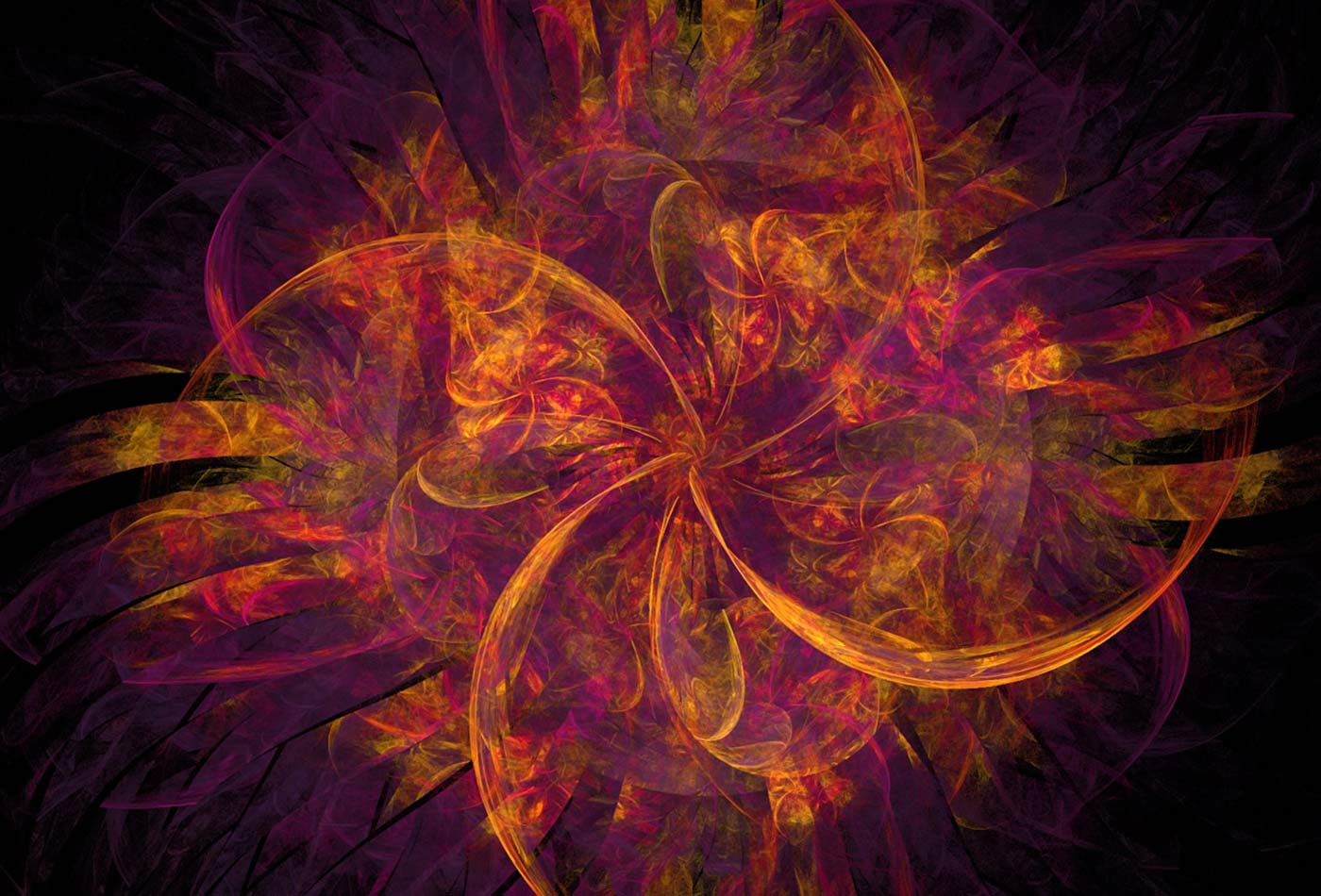 Artefact’s co-founder, Rob Girling, explores the impact of artificial intelligence on design in this three-part series of articles. His first piece, Will machines take your job?, outlines the unprecedented changes AI and automation will bring to jobs in general. In the second installment, What skills do we need to compete against the machines, he outlines criteria that will make some professions more vulnerable to AI automation.

For anyone doubting that AI is here, the New York Times recently reported that Carnegie Mellon University plans to create a research center that focuses on the ethics of artificial intelligence. Harvard Business Review started laying the foundation for what it means for management, and CNBC started analyzing promising AI stocks. I made the relatively optimistic case that design in the short term is safe from AI because good design demands creative and social intelligence.

But this short-term positive outlook did not alleviate all of my concerns. This year, my daughter started college, pursuing a degree in interaction design. As I began to explore how AI would affect design, I started wondering what advice I would give my daughter and a generation of future designers to help them not only be relevant, but thrive in the future AI world.

Here is what I think they should expect and be prepared for in 2025.

Everyone will be a designer

Today, most design jobs are defined by creative and social intelligence. These skill sets require empathy, problem framing, creative problem solving, negotiation, and persuasion. The first impact of AI will be that more and more non-designers develop their creativity and social intelligence skills to bolster their employability. In fact, in the Harvard Business Review article I mentioned above, advice #4 to managers is to act more like designers.

The implication for designers is that more than just the traditional creative occupations will be trained to use “design thinking” techniques to do their work. Designers will no longer hold a monopoly (if that were ever true) on being the most “creative” people in the room. To stay competitive, more designers will need additional knowledge and expertise to contribute in multidisciplinary contexts, perhaps leading to increasingly exotic specializations. You can imagine a classroom, where an instructor trained in design thinking is constantly testing new interaction frameworks to improve learning. Or a designer/hospital administrator who is tasked with rethinking the inpatient experience to optimize it for efficiency, ease of use, and better health outcomes. We’re already seeing this trend emerge—the Seattle mayor’s office has created an innovation team to find solutions to Seattle’s most immediate issues and concerns. The team embraces human-centered design as a philosophy, and includes designers and design strategists.

Stanford’s d.school has been developing the creative intelligence of non-traditionally trained designers for over a decade. And new programs like MIT’s Integrated Design and Management program are also emerging. Even medical schools are starting to train future physicians in design thinking. This speaks to design’s broader relevance, but also to a new opportunity for educators across disciplines to include creative intelligence training and human-centered design in their curricula.

Designers as curators, not creators

I already wrote about how tools like Autodesk Dreamcatcher use algorithmic techniques to provide designers with a more abstracted interface for creation. Given sufficient high-level direction, constraints, goals, and a problem to solve, these tools can spit out hundreds of variations of a design, leaving designers to pick their favorites or keep re-mixing them until they get closer to a great design.

The implications of this vary across design disciplines. In architecture, the parametric movement dubbed Parametricism 2.0 demonstrates the potential of technologically enhanced creativity. Its implications are already being explored in the gaming industry, as we design virtual environments and large virtual cities. Just take a look at the game No Man’s Sky—it relies on a procedurally generated deterministic open universe, which includes over 18 quintillion (1.81019) planets. While No Man’s Sky was unsuccessful as a game, it shows the direction that eventually will come to dominate virtual content development—the designer’s role will be to set the goals, parameters, and constraints, and then review and fine-tune the AI-generated designs.

Generative design techniques aren’t especially new, but deep reinforcement learning is a relatively new technique that emerged in the last three to four years and is responsible for much of the recent excitement and progress of AI as a discipline. Google’s DeepMind created an artificial intelligence program called Deep Q, which uses deep reinforcement learning to play Atari games and improve itself over time, eventually acquiring amazing skills like discovering unknown loopholes in the games.

The real breakthrough with DeepMind’s Deep Q, and its successor AlphaGo—the computer program that plays the board game Go—is that the AI doesn’t have any domain knowledge or expertise in game play. And it doesn’t even need someone to codify the rules of how to play. It just has visual input, controls, and an objective of trying to maximize its score. To that extent, games are an ideal test environment for artificial intelligence to learn.

But what about design? That’s where the curator role comes in. In the future, designers will train their AI tools to solve design problems by creating models based on their preferences.

For instance, after years of working in the health care space, Artefact has developed a deep and broad perspective on the key issues in digital health design necessary for changing patient behaviors. I can imagine a time when we will have enough data to enter behavior goals and ask the AI system to design a solution framework that overcomes anticipated issues like confirmation bias and the empathy gap.

The ongoing era of superstar designers

As AI-driven parametric design enables designers to quickly and easily create millions of variations of a design, most designers’ productivity will dramatically increase. Suddenly, we’ll be able to explore massive numbers of alternative directions in a fraction of the time we need today. With increased productivity and better tools, it will be easier for amateur designers to create acceptable—if not exceptional—work, and potentially put price pressure on professional design services.

But while the barriers to learning and mastering the craft will be lower, the design industry’s superstars will most likely remain unaffected. We saw a similar trend in print and graphic design in the 90s. The arrival of desktop publishing software ultimately eliminated the lower end of the market. But it also created broader appreciation for design from everyone, increasing the demand and the differentiation for the very best designers. Until AI is capable of surprising us with completely novel ideas, superstar designers and companies that invest in them will continue to dominate, increasing the value of design brands.

From traditional to virtual designers

A cynic might say that, as a massive number of people lose their jobs to AI-powered automation, they would escape in a virtual reality world, powering a growing demand for virtual worlds, objects, and experiences. Hopefully, we can avoid this dystopian scenario, but as virtual, augmented, and mixed reality explodes, it will become the next frontier of opportunity for design. Challenges like how we interact with each other in virtual reality and how we create and communicate shared experiences are not only unique for this new medium, but require skills such as creative and social intelligence that are hard to outsource to AI.

In addition, virtual worlds may generate new demand for the more traditional design disciplines, such as architecture, interior design, object design, and fashion, as we rush to create virtual worlds.

By framing the argument to show how AI is stealing our design jobs, I’ve perhaps done a disservice to AI’s contributions to the design profession. When humans and computers work together, they can do amazing things that neither could do alone—just take a look at Michael Hansmeyer’s unimaginable shapes. With their millions of facets, these forms cannot be built by a human alone, yet they can redefine architecture.

While this is just one example, there is something undeniably appealing about finding ways to amplify our creativity as individuals and across professions. I can see the potential for a future where our personal AI assistants, armed with a deep understanding of our influences, heroes, and inspirations, constantly critique our work, suggesting ideas and areas of improvement. A world where problem-solving bots help us see a problem from a variety of perspectives, through different frameworks. Where simulated users test things we’ve designed to see how they will perform in a variety of contexts and suggest improvements, before anything is even built. Where A/B testing bots are constantly looking for ways to suggest minor performance optimizations to our design work.

Far from threatening the design occupation, AI offers a huge opportunity for design, especially for those involved in designing the interactions we have with the emerging AI systems. How do we design those AI design tools? How will we design the intelligent services and platforms of our future? How should we design these systems in a way that helps us augment our creativity, our relationships with the world, our humanity?

That is a tall order and an exciting opportunity for us and for the generations to come.