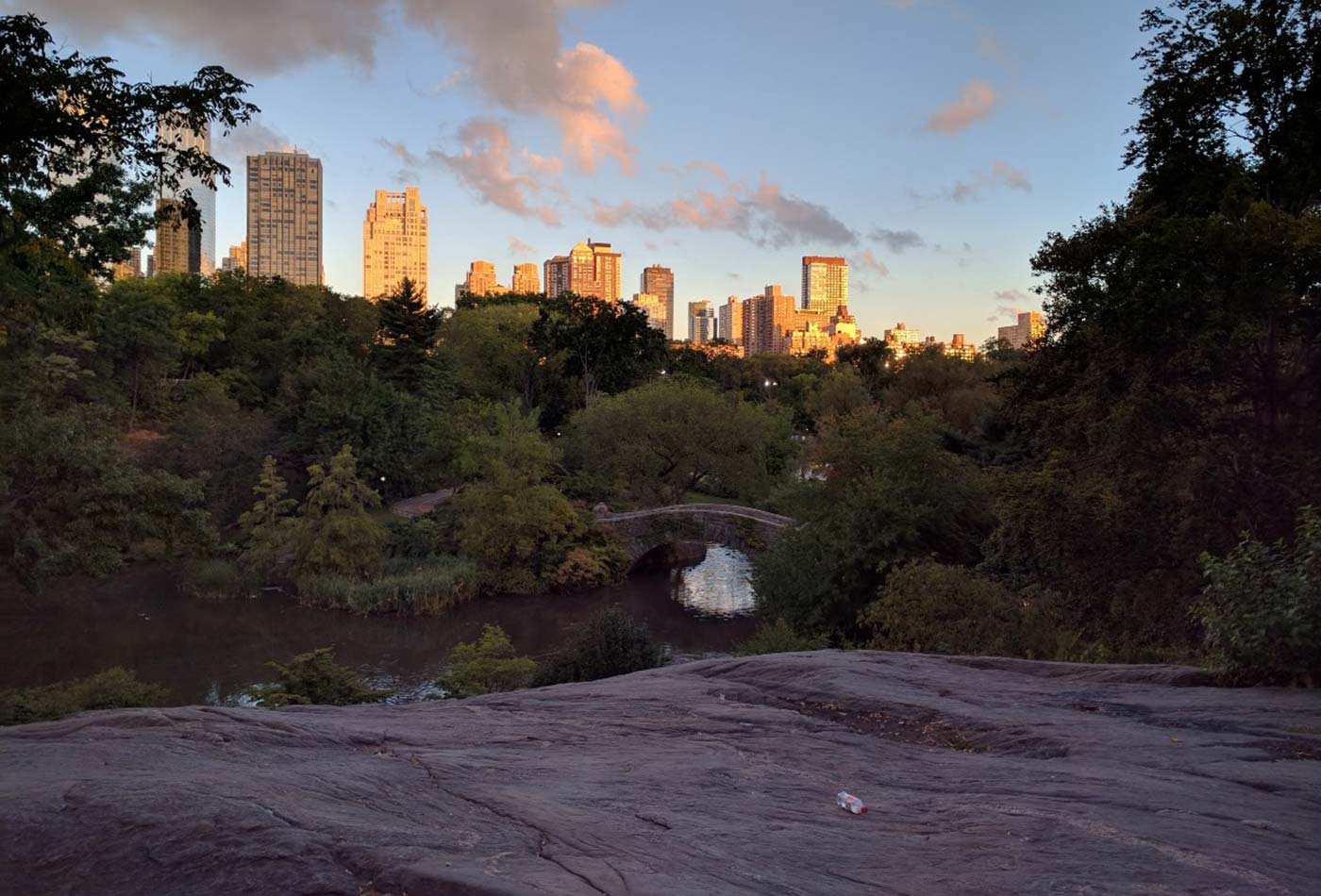 I was in New York again this past week, and as I did the week before, I took a morning run through Central Park. It’s beautiful in the early light, and equally beautiful to see the ways that New Yorkers use their park. Runners and bikers thronged the park, but there were also people just sitting quietly absorbing the view, taking in the dawn. And of course, there were the dog walkers.

The park is pretty clean— and on this Monday’s run, I came across a crew of maintenance workers who reminded me just why it is so clean. It’s not that New Yorkers look after the park. It’s that it is looked after for them.

This oasis of natural beauty in the center of a great city is set aside and looked after for the benefit of its people. 42 million people visit the park each year!

As I ran through the park, I couldn’t help but think of the park as a metaphor for all that government does for its citizens. Our roads, our water and sewers, our universal access to electricity, heat, and telecommunications. Our schools. Our protection from fire and flood, from crime, and from foreign enemies. Our rule of law.

Yes, I know that many of these services are not all that they could be—I grieve for police violence against people of color, unnecessary foreign wars, a rule of law that too often seems to favor the rich and powerful over the rights of all, and government services that cost more than they should and accomplish less.

Yet, I also think of all the ways that government is the platform on which our economy is built, with many analogies to the way that iOS and the Apple App Store are the platforms for the Apple smartphone economy. And it occurs to me that the U.S. government at all levels— federal, state and local— for all its inefficiency and ineffectiveness, taxes its citizens about 25% of GDP. For context, Apple takes a 30% share of all revenue from apps on its platform, and Apple provides far fewer services!

We get a pretty good deal.

Despite all the rhetoric, the U.S. has one of the lowest tax burdens among developed countries— largely because for the last few decades, one of the major U.S. political parties has sold U.S. taxpayers the idea that government can do no good, and that the services we take for granted ought not to be paid for by citizens. (The reason for the government deficit isn’t that the government spends too much. It’s that citizens demand services but don’t pay for them. The government borrows the difference.)

The consequence is that government services don’t get the investment they need to be as good as they could be.

That difference in funding is deeply tied up with the story of Central Park.

You see, it turns out that the City of New York provides only about a quarter of the funding that it takes to keep Central Park the beautiful amenity that it is for citizens and visitors. 75% of the $65 million-per-year upkeep of the park comes from a non-profit called the Central Park Conservancy, which was founded in 1980 as a result of declines in the quality of the park due to lack of funding.

(Note: the city does provide additional funding in the form of police, road maintenance, and so forth.)

The Central Park Conservancy could be read as a failure of government to provide the services that we pay for. But I think that it’s rather a testament to the fact that sometimes concerned citizens are willing to step forward and effectively tax themselves to pay for something that matters. In many ways, you can look at the Central Park Conservancy as a special kind of “local government” funded by concerned citizens.

Ultimately, government is simply a mechanism for collective action. We pay taxes and deputize others to do work we want done. The work is enormous, but so is the payoff. Take a look at the list of countries where taxes are a much lower percent of GDP, and with the exception of oil-rich states like Saudi Arabia and the UAE, you’ll notice that their economies are in much worse shape than those of more highly taxed countries in the developed world because these low tax countries can’t afford all the “platform services” that enable a robust economy.

We look at a private platform like the App Store, and developers ultimately agree that 30% is a reasonable tax to pay for all it provides to the economy it supports. And we recognize that unless Apple gets paid, it can’t provide the services we want. We accept that platforms like Uber and Lyft take a cut from their drivers, and Amazon a cut from its resellers. Why is government any different? It’s time to recognize that it’s not government versus the market—government and our market system are the ultimate public-private partnership.