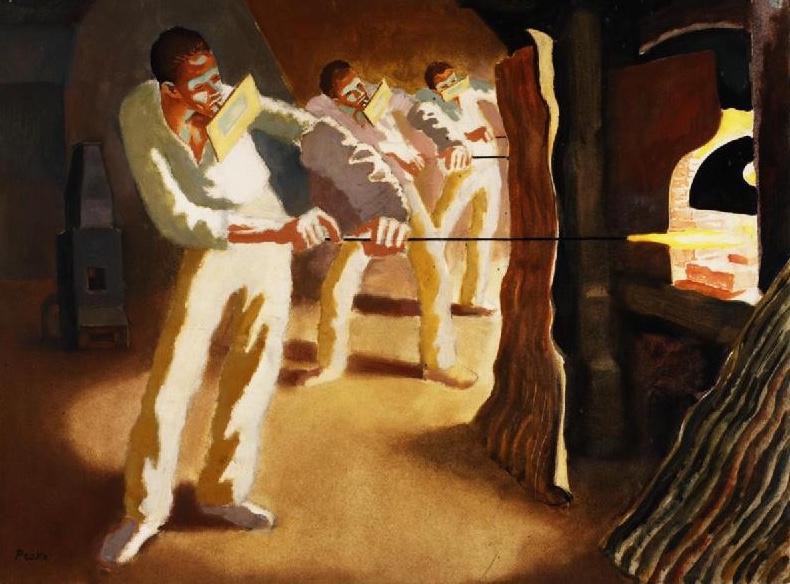 Rod Smith of IBM and I had a call the other day to prepare for our onstage conversation at O’Reilly’s upcoming Solid Conference, and I was surprised to find how much we were in agreement about one idea: so many of the most interesting applications of the Internet of Things involve new ways of thinking about how humans and things cooperate differently when the things get smarter. It really ought to be called the Internet of Things and Humans — #IoTH, not just #IoT!

Let’s start by understanding the Internet of Things as the combination of sensors, a network, and actuators. The “wow” factor — the magic that makes us call it an Internet of Things application — can come from creatively amping up the power of any of the three elements.

For example, a traditional “dumb” thermostat consists of only a sensor and an actuator — when the temperature goes out of the desired range, the heat or air conditioning goes on. The addition of a network, the ability to control your thermostat from your smartphone, say, turns it into a simple #IoT device. But that’s the bare-base case. Consider the Nest thermostat: where it stands out from the crowd of connected thermostats is that it uses a complex of sensors (temperature, moisture, light, and motion) as well as both onboard and cloud software to provide a rich and beautiful UI with a great deal more intelligence.

So, let’s generalize the #IoT paradigm as sensors + network + actuators + local and cloud intelligence + creative UI for gathering both explicit and implicit instructions from humans.

Note that any part of this pattern can vary. For example, some #IoT applications have strong, constant connectivity, while others will increasingly have intermittent connectivity and a lot of autonomy. As the resin.io blog put it, they will be “Strong Devices, Weakly Connected.” A fully autonomous robot is our model for this kind of #IoT device.

But let me play devil’s advocate with the question: is Uber an #IoT application? Most people would say it is not; it’s just a pair of smartphone apps connecting a passenger and driver. But imagine for a moment the consumer end of the Uber app as it is today, and on the other end, a self-driving car. You would immediately see that as #IoT. Using this thought experiment, one way to think of the present Uber is as an example of what Eric Ries calls “concierge minimum viable product” — that is, a product where you emulate some of the functions with humans before you build them in software.

This is a powerful way to think about the Internet of Things because it focuses the mind on the human experience of it, not just the things themselves. I’m very fond of the Aaron Levie Tweet about Uber: “Uber is a $3.5 billion lesson in building for how the world *should* work instead of optimizing for how the world *does* work.” That is precisely the lesson that Internet of Things designers need to learn: how does a smart thing make it possible to change the entire experience and workflow of a job we do in the real world?

How do quantified self sensors allow us to change how we think about our health care system? How will self-driving cars change transportation and logistics? How might as familiar a sensor as a camera change how we store our stuff? How might power tools like saws, drills, and routers work if they were “smart”?

For example, while we can envision a future of fully automated sensor-driven insulin pumps and other autonomous therapeutic devices, we are not there today, as Scott Hanselman explains. But that doesn’t mean #IoT-related technology isn’t a powerful tool for rethinking many of the ways we deliver health care. For example, sensors make it possible to do patient “observation” on an outpatient basis, while the health care team monitors those sensors with a tablet or smartphone. Or it might not be the patient who is instrumented, but his or her home, allowing seniors to age in place. IBM calls this the Patient Centered Medical Home (pdf).

Or consider Cargosense, a system for keeping track of environmental conditions for shipment of sensitive medical cargoes. A sensor package tracks the conditions during shipment, but there is, as yet, no opportunity for real-time adjustment. For now, the data is simply consumed via a tablet app that provides regulatory approval of the necessary conditions. This is still incredibly valuable.

How about Makespace? This startup is hardly #IoT at all, but it has that wonderful quality of understanding how a simple sensor, creatively applied, can make possible a complete rethinking of the interaction paradigm. Typical storage units are packed with jumbled boxes of forgotten stuff. What’s in there? I can’t remember. Makespace has the customer photograph what’s in the boxes (we’ve forgotten that the camera is one of the most powerful sensors we carry about with us!), and then Uber-like, takes them away, to be retrieved on demand. The notion that it’s possible to track what’s in the box means that people themselves never need to visit their storage center, meaning that it can be located far away, with the contents returned at will.

It is worth noting that the smartphone is the perfect halfway house #IoTH platform. It has a rich package of sensors (actually, far more sensors than the Nest), network connectivity, local data and intelligence, and easy access to cloud backends. And it has access on the other end to devices with all the same characteristics. The actuator — the “robot” that can act on the sensor data — can simply be a human on the other end, but it can be a human who is also augmented with that same sensor package. (For example, Uber depends on real-time sensing of the location of both passenger and driver via their smartphones.)

There is another axis to consider: sometimes the human provides input to the system explicitly (as I do when I turn down my Nest thermostat) and sometimes implicitly (as I do when I leave my house and the Nest notices I’m away.) The sensor package in the phone allows for a wide range of both implicit and explicit interactions: it notifies the Uber driver of my location without me having to do anything, but it lets me call or send a message for explicit communication.

Armed with this design pattern, let’s look at a number of intriguing #IoTH applications and devices, each of which inserts the human into different parts of the process using the smartphone or tablet as a key link between human and the rest of the system.

This pattern of human as part of the #IoTH system, of course, is not limited to applications that include a phone. For example:

My point is that when you think about the Internet of Things, you should be thinking about the complex system of interaction between humans and things, and asking yourself how sensors, cloud intelligence, and actuators (which may be other humans for now) make it possible to do things differently. It is that creativity in finding the difference that will lead to the breakthrough applications for the Internet of Things and Humans.