A case study in how Google monitors its complex systems. 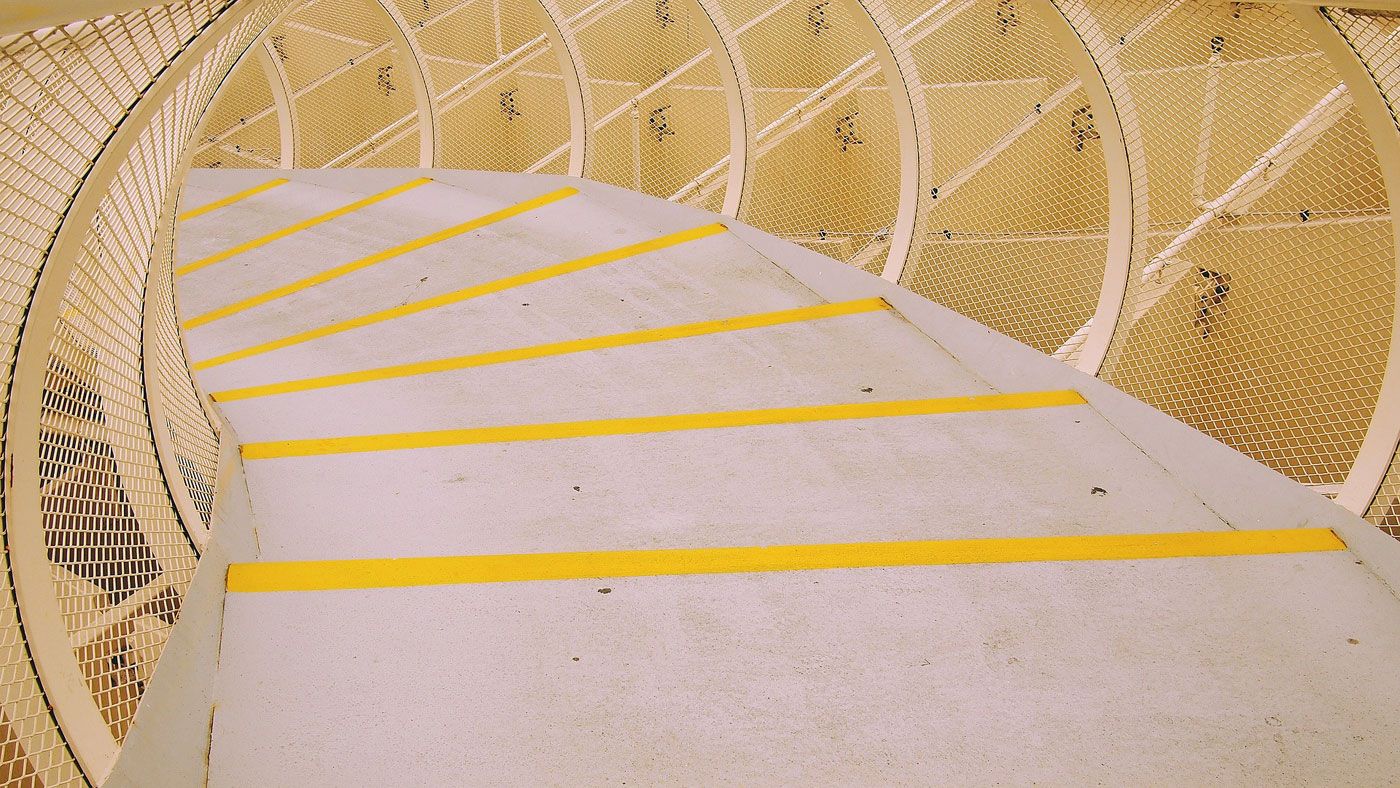 This is an excerpt from Monitoring Distributed Systems, by Rob Ewaschuk. Download the full ebook.

Google’s SRE teams have some basic principles and best practices for
building successful monitoring and
alerting systems. This chapter offers guidelines
for what issues should interrupt a human via a page, and how to deal
with issues that aren’t serious enough to trigger a page.

There’s no uniformly shared vocabulary for discussing all topics related
to monitoring. Even within Google, usage of the following terms
varies, but the most common interpretations are listed here.

Monitoring based
on metrics exposed by the internals of the system, including logs,
interfaces like the Java Virtual Machine Profiling Interface, or
an HTTP handler that emits internal statistics.

Testing
externally visible behavior as a user would see it.

An application (usually web-based) that provides a
summary view of a service’s core metrics. A
dashboard may have filters, selectors, and so on,
but is prebuilt to expose the metrics most important to its
users. The dashboard might also display team information such as
ticket queue length, a list of high-priority bugs, the current on-call
engineer for a given area of responsibility, or recent pushes.

A notification intended to be read by a human
and that is pushed to a system such as a bug or ticket queue, an
email alias, or a pager. Respectively, these alerts are classified
as tickets, email alerts,1 and
pages.

A defect in a software or human system that, if
repaired, instills confidence that this event won’t happen again
in the same way. A given incident might have multiple root causes:
for example, perhaps it was caused by a combination of
insufficient process automation, software that crashed on bogus
input, and insufficient testing of the script used to generate
the configuration. Each of these factors might stand alone as a
root cause, and each should be repaired.

Used interchangeably to indicate a single
instance of a running kernel in either a physical server, virtual
machine, or container. There might be multiple services worth
monitoring on a single machine. The services may either be:

Any change to a service’s running software or its
configuration.

There are many reasons to monitor a system, including:

How big is my database and how fast
is it growing? How quickly is my daily-active user count growing?

Comparing over time or experiment groups

Are queries faster with
Acme Bucket of Bytes 2.72 versus Ajax DB 3.14? How much better is my
memcache hit rate with an extra node? Is my site slower than it
was last week?

Something is broken, and somebody needs to fix it right
now! Or, something might break soon, so somebody should look soon.

Dashboards should answer
basic questions about your service, and normally include some form
of the four golden signals (discussed later in this chapter).

Our
latency just shot up; what else happened around the same time?

System monitoring is also helpful in supplying raw input into business analytics and in facilitating analysis of security breaches. Because this book focuses on the engineering domains in which SRE has particular expertise, we won’t discuss these applications of monitoring here.

Monitoring and alerting enables a system to tell us when it’s broken,
or perhaps to tell us what’s about to break. When the system isn’t
able to automatically fix itself, we want a human to investigate the
alert, determine if there’s a real problem at hand, mitigate the
problem, and determine the root cause of the problem. Unless you’re
performing security auditing on very narrowly scoped components of a
system, you should never trigger an alert simply because “something
seems a bit weird.”

Paging a human is a quite expensive use of an employee’s time. If an
employee is at work, a page interrupts their workflow. If the employee
is at home, a page interrupts their personal time, and perhaps even
their sleep. When pages occur too frequently, employees second-guess,
skim, or even ignore incoming alerts, sometimes even ignoring a “real”
page that’s masked by the noise. Outages can be prolonged because
other noise interferes with a rapid diagnosis and fix. Effective
alerting systems have good signal and very low noise.

Monitoring a complex application is a significant engineering endeavor
in and of itself. Even with substantial existing infrastructure for
instrumentation, collection, display, and alerting in place, a Google
SRE team with 10–12 members typically has one or sometimes two members
whose primary assignment is to build and maintain monitoring systems
for their service. This number has decreased over time as we
generalize and centralize common monitoring infrastructure, but every
SRE team typically has at least one “monitoring person.” (That being
said, while it can be fun to have access to traffic graph dashboards
and the like, SRE teams carefully avoid any situation that requires
someone to “stare at a screen to watch for problems.”)

In general, Google has trended toward simpler and faster monitoring
systems, with better tools for post hoc analysis. We avoid “magic”
systems that try to learn thresholds or automatically detect
causality. Rules that detect unexpected changes in end-user request
rates are one counterexample; while these rules are still kept as
simple as possible, they give a very quick detection of a very simple,
specific, severe anomaly. Other uses of monitoring data such as
capacity planning and traffic prediction can
tolerate more fragility, and thus, more complexity. Observational
experiments conducted over a very long time horizon (months or years)
with a low sampling rate (hours or days) can also often tolerate more
fragility because occasional missed samples won’t hide a long-running
trend.

Google SRE has experienced only limited success with complex
dependency hierarchies. We seldom use rules such as, “If I know the
database is slow, alert for a slow database; otherwise, alert for the
website being generally slow.” Dependency-reliant rules usually
pertain to very stable parts of our system, such as our system for
draining user traffic away from a datacenter. For example, “If a datacenter is drained, then don’t
alert me on its latency” is one common datacenter alerting rule. Few teams at Google maintain complex
dependency hierarchies because our infrastructure has a steady rate of
continuous refactoring.

Some of the ideas described in this chapter are still
aspirational: there is always room to move more rapidly from symptom
to root cause(s), especially in ever-changing systems. So while this
chapter sets out some goals for monitoring systems, and some ways to
achieve these goals, it’s important that monitoring systems—especially the
critical path from the onset of a production problem, through a page
to a human, through basic triage and deep debugging—be kept simple and
comprehensible by everyone on the team.

Similarly, to keep noise low and signal high, the elements of your
monitoring system that direct to a pager need to be very simple and
robust. Rules that generate alerts for humans should be simple to
understand and represent a clear failure.

Your monitoring system should address two questions: what’s broken,
and why?

The “what’s broken” indicates the symptom; the “why” indicates a
(possibly intermediate) cause. Table 1-1 lists
some hypothetical symptoms and corresponding causes.

“What” versus “why” is one of the most important distinctions in
writing good monitoring with maximum signal and minimum noise.

Note that in a multilayered system, one person’s symptom is another
person’s cause. For example, suppose that a database’s performance is
slow. Slow database reads are a symptom for the database SRE who
detects them. However, for the frontend SRE observing a slow
website, the same slow database reads are a cause. Therefore,
white-box monitoring is sometimes symptom-oriented, and sometimes
cause-oriented, depending on just how informative your white-box is.

When collecting telemetry for debugging, white-box monitoring is essential. If web servers seem slow on database-heavy
requests, you need to know both how fast the web server perceives the
database to be, and how fast the database believes itself to
be. Otherwise, you can’t distinguish an actually slow database server
from a network problem between your web server and your database.

1Sometimes known as “alert spam,” as they are rarely read or acted on.